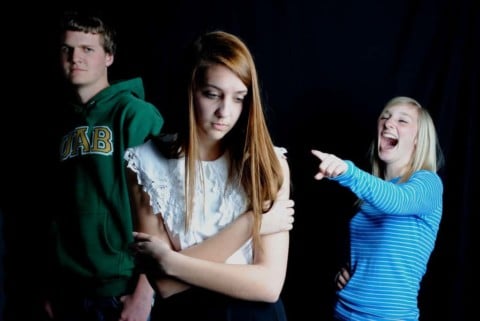 We are a group of high school students at Life Academy Of Health and Bioscience. We are writing to you because there have been serious incidents of bullying at schools and nothing has been changing. People believe it is just a game but it is not, bullying is dangerous and could lead to suicidal thoughts and possibly children can end up being in hospitals. We checked the OUSD official website where families can get information and searched up “bullying” to see the latest news. The last update about bullying was in 2013 this means that over the past years nothing has been going on at OUSD and no one has brought attention to the issue. This shows that OUSD has stopped being an ally to anti-bullying because they’re not taking responsibility to make a change or help out.

To begin, there has been a lot of bullying going on schools and no one is making an effective movement to target those who bully. A lot of the times people hurt each other because they feel alone and they want to make someone else feel the same way. Shy students are usually the ones who get bullied because they don’t step up or they feel like they can’t trust anyone. We believe that the bullying going on in schools is leading to suicidal thoughts and attempts (https://www.stopbullying.gov/at-risk/effects/index.html).

Our goal is to prevent our community from any more losses. We believe that schools will benefit from this because their attendance rates will go up and school will become a safe space for students We looked up statistics about bullying and according to the ABC news they said, “According to statistics reported by ABC News, nearly 30 percent of students are either bullies or victims of bullying, and 160,000 kids stay home from school every day because of fear of bullying” (Bullystatistics.org). This issue is showing interpersonal and internalized oppression because it’s between people and when someone gets bullied that person could believe them and could become into internalized oppression. The hope is that our teachers and principals support our decision to add a week of anti-bullying in our curriculum. We seek hope that this will impact not only our schools but schools all over the world. Bullying has been a big issue all over the world and some schools have tried making anti-bullying lessons for their students. Education plays an important role in youth (our) lives. We come to school to get an education, and our parents encourage us to stay in school and we expect the school to be a safe place. EurekAlert! which is a global source for science news, claims “High school students subjected to bullying and other forms of harassment are more likely to report being seriously depressed, consider suicide and carry weapons to school, according to findings from a trio of studies reported at the Pediatric Academic Societies meeting in San Diego.” (EurekAlert!). This quote is talking about highschool students, don’t feel safe because they are getting bullied also they are most likely to get depressed and that can lead to suicide.

The steps that we are going to be taking first is bringing awareness we will be doing that by putting posters up and posing pictures using the #StopBulling510, we hope that our principle is convinced by our proposal and helps us find time to add a week of anti-bullying lessons. Even if we can’t achieve our goal this year we will continue to our supervisors for support and hopefully, we start next year. We want an anti-bullying lesson for every grade 6-12.

The support we need is to spread the word because we’re trying to make a movement so that youth can be treated more equally because nobody wants to be hurt, harmed, assaulted, or bullied. Our action measures up with our classroom rubric because it will help students modify their behavior on a school-wide basis. We are confident with our plan because bullying has become an issue at schools but with awareness and speaking to students will reduce bullying and prevent it. Our process/work can be followed by bringing awareness to the community, giving them a stop bullying sticker to show we are against bullying. We will also be doing posters and placing them around our school to show that people care about bullying. Also to show support we will be using the #StopBullying510 to show that we want the bullying to stop in our community.

This source is credible because bullying is a strong topic but also because ABC News is a very trustworthy and people look up at the news a lot.“Bullying and Suicide: What’s the Connection?” StopBullying.gov, Department of Health and Human Services, www.stopbullying.gov/blog/2013/12/30/bullying-and-suicide-whats-the-connection.html. There have been deaths caused by bullying, this bullying occurred in schools and very hurtful things were said to cause death. I trust this source because bullying is a strong topic people don’t mess around with it.

NorthShoreLIJ. “Bullying Leads to Depression and Suicidal Thoughts in Teens.” EurekAlert!, 27 Apr. 2015, www.eurekalert.org/pub_releases/2015-04/nsij-blt042215.php. This source is credible because it’s a .org. Also because it is global. We trust it because is a trustworthy cite.