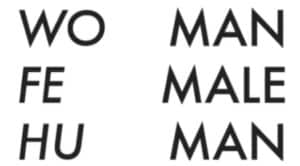 The issue of sexism is a very relevant issue today. It is a very broad issue, and there are many parts to it, spanning from the gender wage gap to rape and sexual abuse. I am very passionate about this issue because it is typically women that are affected by sexism. Being a girl and a future woman myself, I would hate to think that I am growing up in a world where I am being denied opportunities or suffering in any way due to my gender.

Before I began this project, I knew that sexism was a worldwide issue and that both men and women are victims of it. I knew that something major going on in America particularly, is the fight for equal pay and opportunities for both men and women. From my research, I have also learned that a part of sexism includes very, very serious issues, such as rape and sexual abuse, and that there are many advocates for gender equality, both men and women, who are willing to help bring about change within our world.