Why Abortion Should be a Fundamental Right

Home 2018 April 2 Why Abortion Should be a Fundamental Right 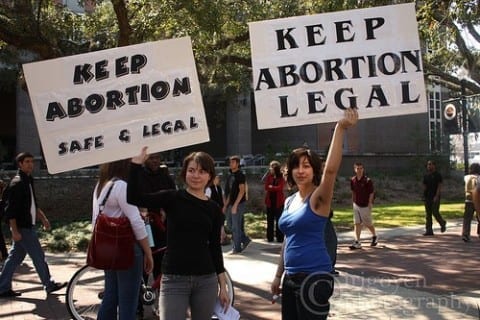 Fundamental rights not only protect citizens from exploitation but also provide a basic framework within which the citizen is protected in a democracy. Under no law does it say that a citizen is required to utilize their own body for the protection of someone else. In fact, fundamental rights in a democratic constitution revolve on the basis that autonomy of an individual should not be compromised.

In fact, if you use the body of another human being to protect yourself in any circumstance without said individual’s consent, you are violating their fundamental rights.

Why, then, is abortion still illegal in many democratic countries like India? Why, then, are people so divided on a basic concept of human rights?

Abortion is all about right to bodily autonomy; and if you think about the provisions that a democracy promises, the right to do what you want with your body is not a matter that involves the sate. It is not even a public matter. It is a private matter and the pregnant person who wishes to terminate their pregnancy shouldn’t have to produce an “approved” reason for doing so.

If you say that a person has the right to seek abortion only if she (or he) has been raped, then you are basically saying that a person needs to be sexually violated for them to have basic sexual rights.

In the Indian constitution, we have rights that safeguard our physical assets, but we don’t have a right that safeguards our body from the state. The sexual rights of many women lie in the hands of the government, where they are exploited and subject to succumbing to someone else’s belief.

The right to access to safe and affordable abortion should be incorporated into the provisions of every democracy for the government to be actually called democratic. Otherwise, it is just a democracy for the people who can’t get pregnant.