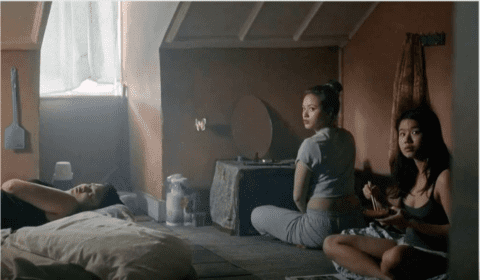 My video is about sex trafficking in Southeast Asia. In these areas, young women and girls are forced to sell their bodies either for food, money, and/or to pay off their family debts. For them, this is the only way to survive, yet, it is at the expense of their own humanity and freedom. I am passionate about this because I feel that it’s unfair that people are forced to go through this because others are unwilling. The serious injustice done is that the government knows about the issue, however, they chose to ignore it in favor of these projects. It is unjust that many live in luxury and riches, while others sell their bodies for food.

Before starting this project, I had a vague idea about the situation that was going on in the area. I had previously watched documentaries about the issue, as well as read articles about the desperation of these poor girls and women. I was aware of the problem that was occurring and that the government was ignoring them and not helping to solve the issue.

After doing this project, I learned that there have been movements by the UN and the governments involved to solve the issue. I also learned that Thailand has the highest rates of prostitution and is the most reluctant of Southeast Asian countries to monitor the problem. I also learned that tourism has helped fuel it because tourists from places such as the U.S. are sick enough to believe that they are helping the girls.

In conclusion, I made this project in the hopes of educating people about the issue and making sure that they understand that the desperation of these women is dire and severe. People should try and help those in need either through donations, or condemn those that support the trade.