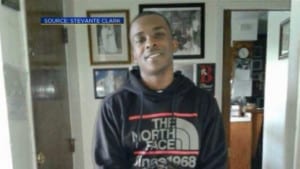 Do you know that black men are 13 times more likely than white man to be shot? There are so many innocent  black men and black women who has lost their life to gun control, according

to Everytownresearch, on a average day 96 Americans are killed with gun violence. There are schools in The United States of America who are trying to arm teachers in defense to school shootings. Considering there are so many teachers who has the double life, that are racist as well but tries to hide it. Giving guns to people to “protect students” may backfire and cause even issues than that are at hand. The policy on guns should be more strict, it should not be as easy to receive a gun, also, the people who overuse their power with their weapon should be charged for killing someone. There are various black men and women who has lost their lives to gun violence but yet the judges plead their cause not guilty. Black Lives Matter is an movement that campaigns against violence and the racism towards black people. Black lives matter tries to get across to all people across the world that black people should not be killed for no apparent reasons, on top of that, having the killers not guilty. Trayvon Martin is an example of this case. Trayvon Martin an 17 year old African-American high school student shot and killed in Miami Gardens by an neighborhood watch volunteer due to the fact that he was walking around his neighborhood in his hoodie and was eating skittles, his killer believed he had a gun. A young man lost his life and his parents lost a child, due to the fact that he was assumed to have a weapon on himself because of his skin color. The shooter, Zimmerman, was pleaded not guilty. There are various men and woman who has lost their lives due to gun violence and there are a few situations where it comes closer to home. Renisha McBride, 19 year old African-American woman who lost her life in Dearborn Heights, Michigan. Renisha McBride was in a car accident and was looking for help, Renisha went to a neighborhood in Dearborn Heights and knocked on the door of a home. She was fatally shot “accidentally” with an shotgun. According to CNN, Theodor Wafer, the shooter, believed his home was being broken into and that caused him to shoot Renisha. How do you believe your home is being broken into if the person is outside? How did you get the assumption that the person was trying to break into your home when all they wanted was help?

No matter your skin color, not matter how you appear, despite the stereotypes, you should have the right to live. Dying and losing your life due to gun violence is not the right way you should die. Gun violence should be more strict so this occurs less.