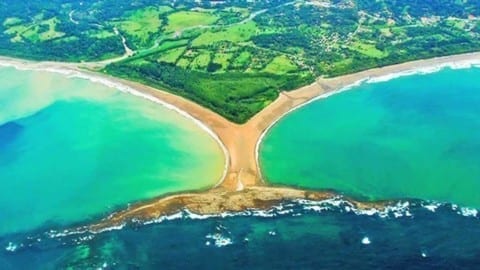 On my way to Costa Rica

I was super nervous

I was also excited to meet my group members

With who I would spend 2 whole weeks

In the Panama airport

I was looking around for my group members

I was looking for a blue shirt which said GLA

It took about 1 hour to get to Costa Rica

After I noticed my instructors waiting

It was a 10 minute drive until I reached the hotel

It was one of the most awkward moment of my life

I walked in and noticed 10 group members looking at me

They were complete strangers at the time

They all stared until I said an unexpected “Hi”

We all sat around a huge table

We all introduced ourselves

The next day our adventures began

We Started by going to the beach

It was called Bahia Ballena

The day was extremely hot and we jumped in the water

We did many more activities which I will never forget

But the energy the emotions we felt were different

In the beginning it was excitement and curiosity.

But this day we felt bitter, charles, and sad.

We all built great relationships with each other

We all said goodbye that night

The next day everyone took off at different times

It is a group of people that I will always remember and a trip that made me know who I am in a deeper level.