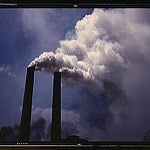 World War 2 occurred from 1939 to 1945, between those 6 years there were many technical discoveries that got introduced in our civil lives. To name a few, aviation and RADAR were developed, computers, medicine and business administration were also developed during World War 2. Without the war, maybe we would not have as many resources we have and use on a daily basis in today’s society.

The tests that were ran during the camps and also the war wounds allowed the Germans to discover many cures and treatments for the soldiers. As explained, “World War 2 provided the backdrop for a major expansion in of medicine. War wounds and infections created the need for more effective and urgent treatments that could be administered easily on the battlefield. Researchers and medical experts responded with new drugs and practices. Sulfonamide, penicillin, Atabrine, plasma, and morphine were among the chief wartime medical advancements” (nursegroups.com). This quote matters because if there was no war, there would be no need to have to find cures and treatments. This matters because many of those treatments are still used to help treat people till this day. The war enforced an intense development push into emergency medicine. The information of the new treatments were also shared and spread out to many people. Carlos Ribeiro explains, “The huge amount of professionals trained during the war also helped to improve the general health of the population after returning to their civil lives after the war” (quora.com).  This quote proves that the war was helpful because the nurses who learned how to treat people, helped treat others. If the nurses did not have to learn so quickly how to find treatments to help the soldiers, they would have never been able to have help other people. This matters because the nurses not only helped a couple of people, they helped many people to help improve the community around them.

Another huge discovery that was made during World War 2 was computers. Computers are used in many people’s daily lives for work, school and entertainment (etc). This is explained by Engineering and Technology History Wiki, “In 1942, just after the United States entered World War 2, hundreds of women were employed around the country as computers. Their job consisted of using mechanical desk calculators to solve long lists of equations. The results of the calculators were compiled into tables and published for use of battlefields by gunnery officers. The tables allowed soldiers in the field to aim artillery or other weapons, taking into account variable conditions such as temperature and air density. Today, such calculations are done instantly in the battlefield with microcomputers” (ethw.org). This quote matters because it shows how computers have evolved over time and become more advanced. The computers were used in war to help the soldiers, but over time they became more useful for other purposes other than just for war. This means that because they were very important in the war and used often, others wanted to use it and there has also been many changes to the computer overtime to be used for multiple purposes instead of ust for war. Also technology in genral has been changed because of the war and it also became very important in civil time.

In conclusion, World War 2 was helpful because we still benefit from a lot of the technology, cures and treatments that were discovered during the war. Without the war, maybe we would not have as many resources we have and use on a daily basis in today’s society.

This source is reliable because their information is coming from nurses and student nurses. Being a nurse is a very stressful and important job, so it is not likely that they will give false information to others.

The ETHW is one of the world’s premier sites for the documentation, analysis, and explanation of the history of technology. The scientists, engineers and business people who made these technologies happen and on the history of the organizations to which these men and women belonged.

“What were the benefits of World War II? In what ways are we indebted in to World War 2 when we consider things that we now take for granted.”

This source is a reliable source because many educated people answer questions that people do not have an answer to. People who are answering the questions are also sometimes experts in the certain topic they are answering.

Photo by The Library of Congress