How did human experimentation lead into oppression ?

Home 2018 March 19 How did human experimentation lead into oppression ? 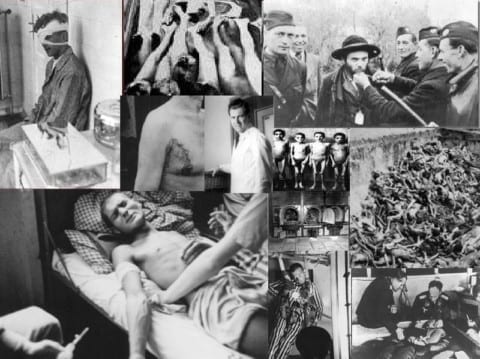 Nazi Experiments started in WWII were Nazi doctors conducted as many as 30 different types of experiments on concentration camp inmates. Doctors were able to run these experiment without their consent. After there was a “doctor trial” and found 23 German doctors to trial after the war. The prosecutors found 15 defendant’s guilty of the war crimes and crimes against humanity, seven of them were hung.The Nazi experiments affected many members of the Jew community, for example in the article “The Experiments” by Peter Tyson it explained “Victims who did not die during these experiments were killed to allow the experiments to perform autopsies” (Tyson). This quote is important because it’s one of the many quotes that is explaining how harmful the experiments were.Innocent people were killed in order to keep on going with the experiments which was harmful not just for them but for their families and community. Moreover one of the many experiments that affected everyone was the artificial insemination. This experiment was about injecting woman with animal sperm as explained by Tyson, “ Some 300 woman at Auschwitz subsequently underwent artificial insemination at the hands of Clauberg, who reportedly taunted victims strapped down before him by informing them he had just inseminated them with animal sperm and that monsters were not growing in their wombs” ( Tyson). This article is explaining how Nazi doctors were making many women suffer by creating “monsters “ inside women. They were dealing with religious intolerance since the inmates were Jews and that is the main reason why they did the experiments in the first place.

Moreover, in the Tuskegee Syphilis study started off because it was a sexually transmitted infection that has three stages in which you can tell if you have it or not, which are: Stage 1/Sore (3-90 days), Stage 2/ Body rash (4-10 weeks) and Stage 3/ affects internal organs ( 3-15 years). In order to find a cure for syphilis it started off by the first treatment being developed in 1910. Then in 1928 it started to treat bacterial infections. In an article about the Tuskegee study by Elizabeth Nix she explained, “In order to track the disease’s full progression, researchers provided no effective care as the men died, went blind or insane or experienced other severe health problems due to their untreated syphilis.(https://www.history.com/news/the-infamous-40-year-tuskegee-study). The type of oppression that was being shown in the study was racism and classism because the men were African American and they didn’t have enough money to pay for health insurance so they decided to do the experiment and lie to them about helping them in order to have free health care etc. Since they did the experiment once they found the cure it was not given to the men and they were left to die.

Henrietta Lacks was an African American woman who lived in Baltimore, when she had her 5th kid she was diagnosed with cervical cancer. Once she went to the doctors they took cells out, the doctors didn’t have consent from Henrietta. Scientist found out that her cells were immortal because they have a genetic imbalance that heavily favors cell division over cell death. Since they were Henrietta’s cells they called them HeLa cells. They were the first cells to ever be cloned and they have been out of space. In an article explaining more about Henrietta and how HeLa cells were helpful for many ways. The article describes, “ Pap Test, can detect precancerous cells in a woman’s cervix, usually allowing them to be removed before they came cancerous.” ( Source D). I decided to explain this quote from source D because it is an example of how racism was a big effect on this experiment. For example black woman were not aware of the pap test because of their skin color, On the other hand white woman were able to take the test to prevent the cancer. Another way racism was shown in this source was when doctors did not have consent on whether to take Henrietta’s cells or not, as explained in source C, “ Neither Lacks nor her family gave her physician permission to harvest the cells. At that time, permission was neither required nor customarily sought. The cells were later commercialized” (source C). This quote is important because whether or not doctors didn’t need consent, she was still belittled because of her skin color, if she was white there would have been more respect.

In conclusion these are all the reasons why human experimentation lead to oppression, the ones that the experiments represented the most were racism,classism and religious intolerance.

Chapter 9: Chromosomes, the Cell Cycle, and Cell Division. This source is credible because it was a book written about Biology and how the Cell Cycle connects to Henrietta Lacks and the HeLa cells.

Nix, Elizabeth. “Tuskegee Experiment: The Infamous Syphilis Study.” History , 16 May 2017, www.history.com/news/the-infamous-40-year-tuskegee-study. This source is credible because it has recently been posted and the website History is commonly known and has a good reputation.

Tyson, Peter. “The Experiments .” KQED, www.pbs.org/wgbh/nova/holocaust/experiside.html. This article is credible because it was looked over and found by a Health and Bioscience teacher. The article is also used to teach other students so it has to be credible. 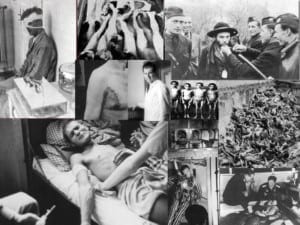 How did human experimentation lead into oppression ? by Grady is licensed under a Creative Commons Attribution-ShareAlike 4.0 International License.