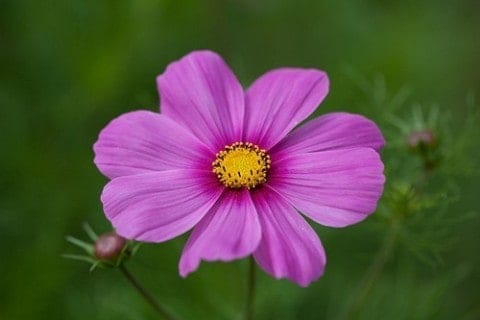 A picture of Monroe was published in a magazine with the top of the page labeled, “What I Eat in a Day”. The article explained her diet, and subsequently suggested women to, once more, diet and change their appearances for society. In a study done by the British Psychological Society 9, after testing 228 people – both male and female – and observing their attitudes towards their body and relationship of idolizing celebrities, scientists found that an unhealthy perception of one’s body is highly correlated to how much an individual glorifies a certain celebrity body type. Further, suggesting that Monroe’s dietary choices being published in a magazine must have influenced the way young women made dietary decisions too. Today, we still see magazines with lines such as, “tips and tricks to lose weight”, or “10 flirting ideas to catch his eye”, and it all started with magazines such as the one Monroe appeared in, encouraging unhealthy dieting to stay a certain figure.

In the renaissance, it was desirable for a woman to have large hips and a bigger belly, as a matter of fact, it was seen as a sign of wealth. Today, despite a few body positive role models, by societal standards, being stick figure thin is considered the ideal body shape for a woman. If you ever have the chance to take a basic anatomy class, you’ll learn that women naturally store fat in the lumbar region; that’s supposed to be there! Monroe was a size 14, yet, in today’s beauty standards, her hip to waist ratio is considered too big. Luckily, Monroe wanted to advertise and push for her own beauty standards in the 50’s. This was very courageous of her to go against director and film producer’s suggestions to lose weight for roles “to become more desirable”.

Unfortunately, all the pressure of Monroe being under the spotlight twenty four – seven, expected to live up to unrealistic standards of Hollywood producers, and at the same time coping with her traumatic past, Marilyn Monroe had cracked.

Marilyn Monroe was found dead in her Brentwood home with a bottle of sleeping pills 10 nearby. It was ordered that she take one pill a night before bed but with a call to her psychiatrist at three in the morning and no seemingly helpful reply, Monroe had downed the bottle and  willingly took her own life.

For many this was a complete shock; this woman had everything in life a person could want – multiple love interests, fame, money, talent, a nice house, anything at the reach of your fingertips – but the one, most important, attribute lacking was happiness. Science Journalist, Claudia Kalb 11, writes, “’What is clear is that Monroe suffered from severe mental distress. Her symptoms included a feeling of emptiness, a split or confused identity, extreme emotional volatility, unstable relationships, and an impulsivity that drove her to drug addiction and suicide — all textbook characteristics of a condition called borderline personality disorder.” However, despite the shock, this did not come out of nowhere. Monroe’s family had a lot of mental health issues, with grandparents who finished their lives in mental institutions, an uncle that had schizophrenia, and a mother that couldn’t handle a child herself. This, and other consequences of her childhood where she went through 12 sets of foster parents, was neglected many times throughout her adolescence, and not to mention the sexual harassment and violence in the film industry, all lead to multiple mental health issues.

When interviewing Claudie Jan, a sociology major and film studies minor at Westminster College, on whether or not Marilyn Monroe made an impact in American history, this is what she had to say, “Absolutely! Marilyn Monroe made a huge shift in the way women perceived themselves and gave confidence to a group of people that were told not to love themselves in the first place. I know it’s ironic to say that Monroe was an advocate for women’s body positivity, but you have to take into consideration how big of a step she took for women in the circumstances she was put in. She also created a whole new way actresses approached characters to become successful. And needless to say, Marilyn Monroe’s death encouraged the American public to talk about suicide and mental health a little bit more, a major taboo for her time period.” I agree with Claudie that she was a very positive person, and I believe that she made a huge impact on today’s culture. Even in the fashion industry, the way dresses are cut and the desire to have blonde hair most likely stems from Monroe’s influences.

The legend of Marilyn Monroe will live on forever in American culture, and in our hearts. This impeccable woman certainly created a spot for herself in history, and will stay remembered for a very long time considering her impacts on women’s beauty, confidence, sexuality, and societal standards. Marilyn Monroe was an enormous beauty icon and influenced what we perceive as beautiful today.