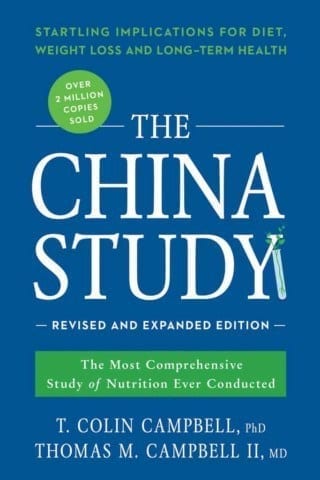 The meat consumption of Americans is very high and this is negatively impacting people’s health as well as the environment. Meat has been linked with many of the major chronic illnesses that are currently the leading causes of death among adults. Many people have seen this correlation and that is one of the reasons why veganism has grown by 500 percent in the last 5 years. Reducing meat and advocating a mostly plant based vegetarian diet is something that people need to do for themselves, and for earth.There are many people who will not hear or believe it is possible that a diet with animal products could could be detrimental to your health. And while there are many different thought, studies, and ideas on the subject the largest and most comprehensive study ever done on the correlation between diet and health was The China Study in 1984. Because my research topic is on diet I decided to learn more about this study.

The China Study looked at the different diets in 65 countries of china covering 6500 people, and researched how the lifestyle, diet, and disease of the people in each area were affected. They took blood, urine, and food samples as well as a questionnaire and a 3 day diet log. After years of analysing their data they found that nutrition plays a huge role in health and disease. They saw that western diseases tended to cluster together in more urban areas. This was attributed to the difference in diet between the rural parts of china and the more westernized cities. The study found that the best diet for human health was a whole food plant based diet for many reasons including that plant-based foods are linked to lower cholesterol; animal-based foods are linked to higher cholesterol, animal-based foods are linked to higher breast cancer rates; plant-based foods are linked to lower breast cancer rates,  fiber and antioxidants from plants are linked to lower risk of cancers of digestive tract, plant-based diets and active lifestyles result in healthy weight, so western diseases are a result of animal-based diets. They found that once more rural places began to modernize and adopt western diets different than the mainly plant based diets of their ancestors their health began to decline and the diseases that were once very uncommon begin to appear more regularly. The study was published by Colin Campell. He is a biochemist that specializes in the effect of nutrition on long term health. He was raised on a dairy farm thinking milk was the perfect drink. As he grew and began studying he saw the he found this was not the case. After they found the results he cut out meat and dairy and began advocating for others to do so. Eventually he wrote a book about the results and has been a large advocate for vegan and vegetarianism.