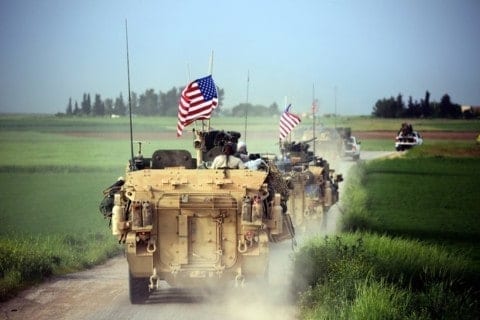 In the article that I read this week to show a point that counters my argument it started off with a quote that I thought showed a good point that was on the other side of my argument. “Revelations that top officials are targeting people to be assassinated abroad, including American citizens, are only the most recent, disturbing proof of how far our nation’s violation of human rights has extended,” writes the 39th president in the New York Times on Monday, June 25, 2012. Carter’s critical Op Ed, A Cruel and Unusual Record, states that “with all the revolution sweeping around the world, America should ‘make the world safer.’ Instead, however, ‘America’s violation of international human rights abets our enemies and alienates our friends’.” I found this very interesting because this brought up a point that previous articles that I have read have not. This talks about how the use of drone attacks violate human rights. In the paragraph right after it says how “In 1948, with US leadership, the Universal Declaration of Human Rights was adopted as “the foundation of freedom, justice and peace in the world.” It was a clear commitment that power would no longer serve as a cover to oppress or injure people. The core principle behind each of the 30 articles of the declaration is equal rights. The articles detail the Declaration’s equal rights of all people to life, liberty, security, protection of law and freedom from torture, arbitrary detention and forced exile.” This shows how the use of drone attacks goes against what the United States agreed to by adopting the Universal Declaration of Human rights. This declaration was supposedly the “foundation of freedom, justice, and peace in the world.”. We were also not supposed to use our power as a cover for what we do in other countries such as oppressing or injuring people.

Later in this article it talks about how the use of drone strikes could be considered “war crimes”. It states that “there have been secondary drone strikes on rescuers who are helping the injured after the initial drone attack, those further attacks are war crimes.”. A war crime is an action carried out during the conduct of a war that violates accepted international rules of war. If we take a look at the war and international  humanitarian law it has a list of things that must be obeyed during war. Going down the list there are many of these that are not obeyed during war such as “Captured combatants are entitled to respect for their lives, dignity, personal rights and convictions. They must be protected against all acts of violence and reprisals. They must have the right to correspond with their families and to receive relief.”. After reading this we know that this is never obeyed when we see that United States soldiers that have been captured and their killings are live streamed the the United States. I think it is definitely wrong if we are killing people with a secondary drone strike if they are trying to help wounded people but this is not the only war crime committed during times of war.