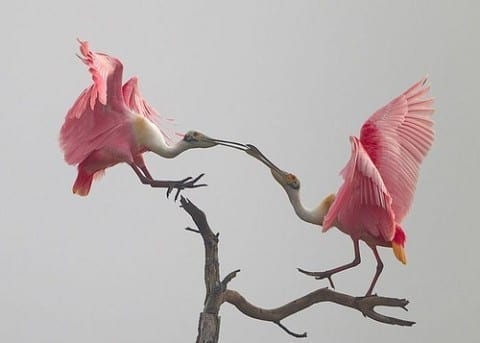 Conservation efforts simply cannot happen without finding. Below I have two examples of recent funding.

Florida Forever is the main conservation group buying up natural lands in Florida. Their plan is to buy and protect ecologically diverse and important places such as the everglades and wetland areas. In recent years, they have been struggling. They are hoping that the recent visit from Hurricane Irma will show the importance of places such as wetlands, since they help with flood control.

Its predecessor, Preservation 200, averaged $314 million a year in funding for their land acquisition work. Florida Forever however has not been so fortunate. From 2009 to 2016 the program has averaged $11 million a year. This becomes far more baffling when the Florida Water and Land Conservation Initiative Constitutional Amendment passed in 2014, with a high approval rating of 75%. This amendment states that $750 million a year should be available for funding of conservation, guaranteeing at least $300 million a year for Florida Forever. This was to help them return to the amount that Preservation 200 was receiving. Additionally, they were approved that amount due to the new pressures of development in a growing state.

There is a flaw in this though. Just because the people support it and there is an amendment to guarantee it, there is a road block. This road block is Legislature. Legislature has funded Florida Forever with $15.2 million for the last two years (the article was released in 2017). It’s a gap of $284.8 million. Over the years, Florida Forever should have had roughly $2.4 billion and it could be farther ahead of where they are presently. Currently there are 2.4 million acres of unprotected land Florida Forever wants to get their hands on. If they had been fully funded then they would be 25% of that entire goal.

But, there is a light. A green light that is, from Senator Rob Bradley, the new chairman of the Senate Environmental Preservation and Conservation Committee. His predecessor, Latvala, who put off fully funding Florida Forever as he saw that they were ‘doing alright’, was removed from his position recently. Bradley green lit $100 million of the $50 million Florida Forever asked for.

On a slightly different note, Arizona’s Fish and Wildlife Services have announced that Arizona is scheduled to receive almost $26 million. How? Thank the hunters and the fishermen because they are the one’s ‘donating’ it. This chunk of change is part of $1.1 billion generated by the Pittman-Robertson Wildlife Restoration and Dingell-Johnson Sports Fish Restoration Acts. It’ll be split between Arizona, Texas, Oklahoma, and New Mexico.

The funding was raised from taxes placed on shooting, hunting, and fishing equipment. By buying this equipment they are supporting this whole endeavor. This money will be used for wildlife conservation and the upkeep of outdoor recreational areas. Personally I think this is super clever, not only does it protect what such activities may harm, but it also helps the people. By protecting fish populations, there will be more fish for fishermen in the future and the same goes for the hunters.

Arizona knows that travel and tourism are integral parts of their economy and through conservation efforts and other improvements, they know that they can truly use their states natural beauty to their advantage. It’s also for the residents. Protecting their state’s natural lands allows for them to truly enjoy it for generations to come. David Hastings, the founder of Hastings & Hastings and a fan of Arizona says he is, so excited to hear that Arizona is receiving this influx of conservation funding. One of my favorite ways to spend a day is to be out enjoying Arizona’s natural beauty. Whether it is hiking, fishing, camping, or just going for a drive, spending time outside in Arizona refreshing, invigorating, and revitalizing.”