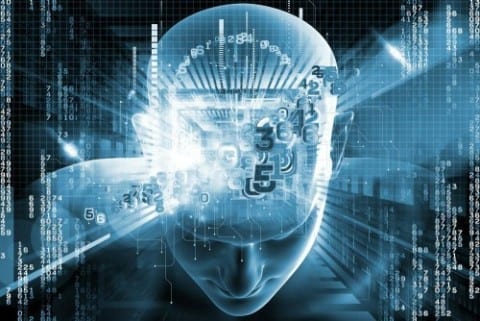 An article that I found most compelling was The Gale Encyclopedia of Science. What made the article most compelling was that the article talked about the history of artificial intelligence. What I mean is that the article started with “any machine that is “intelligent” must be able to modify its behavior in response to feedback from the environment.” Which leads me to conclude the idea that a robot must be 1) continually updating its intelligence (for humans, it’s educating ourselves with school) and 2) it needs to be able to understand its mistakes from other (for humans, it’s learning from teachers and peers). The article then talked about how within modern research “considerable attention is focused on creating computers that emulate the workings of the human mind, thus improving their performance. The goal of this research is the production of computers operating on a neural network.” Meaning, within article intelligence most of the work going into creating an intelligence that is different from human intuition is having this new intelligence being able to learn from its mistakes and being to figure out what is a mistake and what is a success.

My article talks explicitly about cyber-genetics which means the human body in the surgical operation. Another potential use of cybernetics my article talked about is one that is loved by science fiction authors, “the replacement of ailing body parts with artificial structures and systems.” If a structure, such as an organ, can take care of its own functioning, then it need not be plugged into the human nervous system, which is a very difficult operation. If the artificial organ can sense the environment around itself and act accordingly, it need only be attached to the appropriate part of the body for its correct functioning.

An even more ambitious fantasy for cybernetics is the production of a fully autonomous life form, something like robots often featured in popular science fiction offerings. Such an artificial life form with learning and deductive powers would be able to operate in areas inhospitable to human life. This could include long-term space travel or areas of high radioactivity. “However, such visions do not reflect the state of the art in artificial intelligence or computer programming, nor even any state of the art that can be projected for the foreseeable future.”

Another article that I found most compelling was by Computer Sciences, which talked about more in-depth the definition of artificial intelligence which is, “requiring such programs to form clever reasoning techniques to manipulate the logical and mathematical problems they were presented, but they did not require much knowledge beyond those techniques.” Proving again, that in order to create such an advanced system that can learn from the mistakes this form has to be updated by itself without the help of a programmer to continually making installments. The article then talked about the today integration of article intelligence and the benefits it has in the real world. For example, in medicine, systems have been applied to ECG (electrocardiography) interpretation, cancer prognosis, athlete health monitoring, infant development, antimicrobial therapy, depression therapy, skin disease diagnosis, and many other domains. Industrial applications include air traffic control, automobile diagnostics, supply chain planning, blast furnace control, power grid management, automobile design, elevator design, locomotive repair, agriculture, and manufacturing facility layout. Scientific systems have also been designed for weather prediction, analytical chemistry, electronic circuit design and analysis, space shuttle maintenance, and hazardous waste management.

The drawback of creating such intelligence comes with “They tend to work only in very narrow domains, and their accuracy can degrade without warning if a problem approaches the limits of the system’s knowledge.” Finally, they are only as good as the experts from whom they were programmed; unlike experts, they cannot advance the state of the art or reach novel conclusions (though they can often reach surprising conclusions that an expert might overlook). If rules are programmed incorrectly, the engine will reach incorrect conclusions or fail without warning and sometimes without indication.

Expert Systems In Artificial Intelligence by Anthony is licensed under a Creative Commons Attribution-ShareAlike 4.0 International License.