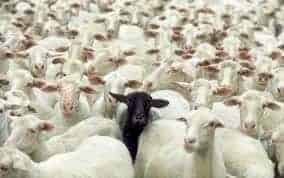 In any city, state, or region there is a prevalent culture that forms. This culture is built on the personalities of the residents, as well as languages, customs, climates, and geographies. This culture can be defined in a single neighborhood or can go far beyond the limits and be recognized in a country. Many people think that different localities have divergent cultures due to demographics or socioeconomic statuses. However, there is much more to examine when studying the cultures of different localities.
Oftentimes, socioeconomic status and demographics do play a role, but more importantly, the actual personality of the residents in these localities plays a larger role. Over many decades of study, people have found that there are five main personality types-extraversion, agreeableness, conscientiousness, neuroticism, and openness to experience. These personality traits build different conglomerates in any given neighborhood causing cultures to form. However, researchers have been questioning if the five personality traits are evenly distributed across the world, or if these personalities are a result of geography. In fact, a study done at the University of Virginia found interesting results when the researchers asked students if they prefer the ocean or mountains. The researchers found that those individuals who had introverted personality types favored the mountains, while the extroverts preferred the beach. According to a University of Cambridge study involving over 75 million Americans, “personalities are not randomly distributed but are clustered into distinct geographic patterns. Residents of the Mid-Atlantic and New England states are relatively stressed, irritable and depressed, whereas West Coast residents are more emotionally stable, relaxed and calm than the rest of the country. The two coasts are quite similar on other traits, though. Traits associated with intellect, such as creativity, imagination, and openness, are higher in the Northeast and West Coast than in the Central and Southern states, where people are more pragmatic, straightforward and traditional. Compared with the rest of the country, residents of the Central and Southern states are also more neighborly, friendly, and generous.(1)” There could be many reasons for this outcome. People could be moving to certain geographical areas that meet their needs. They could be moving for a job or an educational opportunity. Another reason for personality distribution is social influence. All these factors create different cultural neighborhoods around the world.
When trying to determine how cultures around the world have formed, there are two main ideas to consider. It is important to understand the genetic makeup of the person, as well as their environment. A person’s intelligence can be determined from certain genes they were born with, as well teachers they had growing up. However, a resident’s environment has larger implications on their personality than their genetic makeup does. Not to mention, people in one area who possess certain personality traits will project their traits onto other people. This causes further changes to a culture. In addition, personality distribution can be attributed to climate. As previously stated, culture is built on languages, customs, and geographies or residents in a locality, but according to The Washington Post, “none of these factors are as significant as the average temperature of the place we grew up…while the other factors are still important, the climate we live in appears to be the starting point in shaping our personalities.(2)” Climate has a large effect on the activities that people can engage in; therefore, climate can change the attitudes of people. People who grow up in warmer environments are proven to be more agreeable, open, and emotionally stable. Overall, personality traits are a result of geography. People with related personality traits are likely to be found in the same localities.
1.http://www.cam.ac.uk/research/news/the-new-geography-of-personality
2.https://www.washingtonpost.com/news/capital-weather-gang/wp/2017/11/27/our-personalities-are-shaped-by-the-climate-we-grew-up-in-new-study-says/?utm_term=.a9132a7c8be3