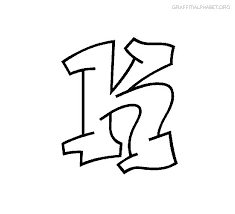 To me my name means kind and respected. To my family my name means bad news. It means troublemaker, It means bad temper. It’s like a dark grey color. Means It can turn out to be bad or underwhelming.

This was first my uncles name but turned out to be mine now. He was a Leo baby, born in August just like me. Supposedly means that Leos turn out to be more problematic and more likely to cause bad news. And yea my uncle lived up to be exactly that.

My uncle Kevin. I would like to know more about him, he is a straight up guy, was never regretful for anything. Until he made my mother very  disappointed in him for over a year for having an alcoholic problem and causing disruption. He kept that up for two years and the story goes that he never forgave himself. He called from Mexico multiple times a day, asking for forgiveness from my mother before he can forgive himself. To this day, I still wonder If he continued his alcoholic problem or was he sorry because he felt like he couldn’t moved on with his life without the forgiveness of his sister. The one and only person that has always been there for him. Kevin. I have carried on the name with me after him but don’t want to carry the lifestyle that comes with alcohol and disruption. I don’t want to inherit his sorrowful words through the phone.

At family reunions they say my name clear and serious as if it was made out of steel almost as if your gasping. But to my siblings my name is made out of something heavy, like dumbbell hitting the floor. It’s not as thick as my brother’s name which is “Michael” which is longer than mine. Michael who can at least show up to family reunions and become Mike. But to them I am always the same Kevin.

I will like to introduce myself after the same name but with a different form of saying It with a different perspective from my family. A name I feel more comfortable in, something that matches me. Kevin can turn into “Kev”, something simple that doesn’t have a huge meaning nor a bad background.