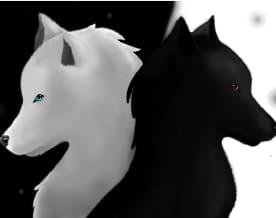 Vesna Sot is the name I carry everywhere I go. It’s a  traditional Khmer name in which Vesna means destiny/fate and Sot means purity. Many people know me as Vesna Sot but not many know me by my nickname, Bull.

I was born a very chubby baby, seven pounds and fourteen ounces. This along with the fact that as a child my lower lip was perched resembling a bulldog is the reason my mother gave me the nickname Bull.

As an individual, I believe that my names are two conflicting identities that reflect who I am as a person.

Bull is the name I grew up with and because of that I feel more connected to the name Bull than I do with Vesna. Bull is the name that only family refer to me as and reflects who I am in my early stages of life. Bull is more of the introvert who would rather stay at home watching cartoons or playing video games rather than spending time with friends. Bull is the more kind-hearted gentle side of my two identities who holds a lot of empathy towards others. This empathy comes from Bull having to grow up and watch mom struggle to raise six children on her own. Growing up I was Bull but entering school I was Vesna.

Vesna is the identity I was more in tuned with entering high school. In contrast to Bull, Vesna is the more outgoing personality that understands that relationships are vital when it comes to striving in school. Especially nowadays, when the work is centered around being in groups. Vesna is only concerned about his academic success and personal growth. This meaning that school comes first before anything and that exercise or any type of leadership is welcomed in order to grow. Vesna is a leader who is involved within various school activities such as internships and senior leadership. Vesna has goals of someday attending Stanford to study juvenile law and becoming a Michelin star chef.

In a way Bull is who I am but Vesna is who I had to become in order to succeed in school. Vesna seems like the more dominant personality but too often he forgets his motivation and purpose so he reverts back to Bull in order to understand his roots and deepest desires. However, Bull is the reason he puts off Vesna’s homework to watch youtube videos. In a way, both identities must work hand in hand with one another.

In order to truly become who I am, I must be in perfect harmony with both Bull and Vesna. Not only striving in school, but understanding why I must strive. This along with treating others with respect and accepting my own bad habits such as procrastination is the version of me I truly identify as. Two wolves constantly at battle but once in unison they from a strength comparable to no other.