what should the goverment do about drugs?

Home 2018 January 22 what should the goverment do about drugs? 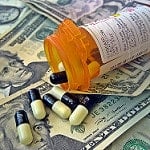 “Drugs,  an estimated 24.6 million Americans aged 12 or older—(9.4 percent of the population)— used an illicit drug in the past month.”-(NIDA).What should  the Government do about all the drug use in the U.S.?

Based on the research and interviews, it is clear that Drugs are an issue in Oakland and the U.S., the government needs to do something about it like rehabilitation, incarceration, or education on drugs. They should focus on drugs because there is a lot of people being affected by drugs.

Something the Government should try to do about drug use is send people to rehabilitation.  In the article “How Affective Is Drug Addiction Treatmeant” it says, “According to research that tracks individuals in treatment over extended periods, most people who get into and remain in treatment stop using drugs, decrease their criminal activity, and improve their occupational, social, and psychological functioning” (NIH). The NIH is a credible source  because it’s a organization ran by the goverment and is meant to help people find the information they need. Ths shows that rehabilitation is an effective technique that the Goverment could use more because it helps the addicts stop using drugs and go back to their sober selfs. This is also affective because the crime rates go lower. Another peice of evidence for why rehabilitation is a positive choice is from the same article it states, “Like other chronic diseases, addiction can be managed successfully. Treatment enables people to counteract addiction’s powerful disruptive effects on the brain and behavior and to regain control of their live ” (NIH). The quote  shows that rehab is affective because it helps people put  their life back on track. This also matters because if the addicts stop usig drugs it will help the community. This connects to Oakland because it can help the addicts in Oakland stop using drugs. Rehab would be a excellent idea to have in Oakland to help the community.

A positive action that the Goverment could do to lower drug addiction is to give  education on drugs..  education would be a effective solution because it will teach people to not do drugs and theconsecuenses of the use of drugs  also it will redue the drug crime and use. In the article “Does drug education stop drug use?” by “drug wise” it says,”Good quality drug education can impact on changes in specific drug using patterns and reduce the use of drugs and associated problems for young people.”(Drug Wise).this quote is showing that education helps reduce the drug us.alose that education has a positive effect. Another quote that i found is also from the same article the quote says, “Drug education can contribute towards decreased harm and increased safety for young people, their families and communities. Drug education has been part of effective needle exchange schemes, ‘safer dancing’ initiatives and ‘drink-driving’. However, the impact of more general, and particularly school-based, drug education on reducing drug-related harm (rather than whether or not people have ever used drugs) has not been measured in any studies.” (Drug Wise). What this quote is saying is that with drug education drug related crimes decreas. Something else this quote is saysing is that drugs cause a problem in the community.

In conclusion I beleive that in order to lower drug addiction the goverment should do something like rehab or education on drugs, what that does is lower drug related crimes,drug addicts, and drug related deaths.