City vs. Citizens who Benefits More from Gentrification?

Home 2018 January 19 City vs. Citizens who Benefits More from Gentrification? 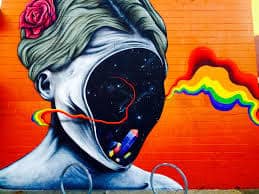 City vs. Citizens who Benefits More from Gentrification?

“Between July 2011 and July 2016 the median price of a home nearly doubled to $626,000, according to real estate website Trulia. And median rents went up by $1,100 during that time” (Allen-Price). These numbers are scary and highlight that Oakland has a gentrification problem. Gentrification is a social phenomenon where higher class people move into lower class neighborhoods for cheaper housing and then housing prices rise. This is happening in many areas: Oakland, Los Angeles, and Chicago. In future years, there will be more gentrification happening so the question remains: Is gentrification beneficial for urban cities? I believe that gentrification benefits the urban city, but also causes there to be suffering within the city citizens.

Oakland is a city that is undergoing gentrification which is affecting a plethora of citizens. More people are moving into gentrified areas. In the article “Is Gentrification More Harmful or Helpful” by Gerardo Acevedo it explains how more people are moving than staying. Acevedo States,“14% of Uptown’s population have lived in their homes for over years, while 25% barely moved in the last year”(Acevedo). It says how only 14% have lived in that area for years so these people have been there before the area started changing. And how 25% have moved in within the last year. These 25% have most likely caused the rent to increase and caused more families to move out because they aren’t able to afford the rent, taking people out of the community. This is really damaging with those families that got forced out causes that breaks apart the community.

With increasing rents the amount of people getting displaced is higher, causing health problems. Increased rents causes families to stress because they have to either work more or start looking for new places to live. This is confirmed from the article “Who’s Really Getting the Benefit? The Impact of Gentrification on Health” by Leah Binkovitz. Binkovitz states,”In addition to the department’s efforts to document rising rents and evictions in Oakland and other neighborhoods in the East Bay, Nguyen said they’ve also seen a connection between severe housing cost burdens and conditions like hypertension and increased mental health needs of local residents”(Binkovitz). The rise of gentrification causes there to be a lot of stress with the existing families. In the quote it mentions “hypertension” which is the same as having high blood pressure (HBP). This can be damaging to the person’s health and can lead to a heart attack, stroke, and severe damage to blood vessels. It also states how the effective citizen’s mental health will go down. They can be worried if they’re going to have enough money for the rent, bills, etc.

I conducted an interview with Oaklanders to see their opinions on gentrification. I interviewed Eriberto Jimenez a UC Berkeley undergraduate majoring in Political science and a Oakland native. Jimenez said,“The way a city functions is off the amount of money the citizen provide so as more rich people come in they will buy more land property causing the city to receive more money which then the city can use to improve. But as a result of that the lower-income people living in the city have to either move to somewhere they can afford or met the new requirements”(Jimenez). Jimenez sees how it can help the city itself by collecting more money from property tax and from homeowners. I also interviewed Esperanza Gudiño a Oakland native and when asked if gentrification is beneficial she responded,“It is, but at the same time it is helping communities get better because crime goes down and the are gets more money. But it doesn’t help the lower-income communities because they have to find new places to live”(Gudiño). This is showing how there is an effect of the people not being able to stay at their homes anymore and having to move out. This affects a lot of the natives in Oakland, making them lose their home and making them worry more.

Some will say that there is a benefit to gentrification, it will bring jobs and more housing to an area. This article titled “Will the departure of the Raiders give Oakland’s Coliseum City new life?” by Blanca Torres and Roland Li . They explain how coliseum city can benefit Oakland and the Bay by adding new housing and more job space. Blanca Torres and Roland Li explain,“The city’s plan calls for up to 4,000 homes, 875 hotel rooms, 1.5 million square feet of science and technology space and 415,000 square feet of retail and restaurant space along with two sports venues”(Torres and Li). Gentrification will help the city add more housing and jobs. It seems like it will help right? But in reality it will not, the average house cost in the area this is planning to be built is 250,000-599,000USD according to Trulia.com, these new houses will be priced higher because they will be brand new. It won’t be the Oakland residents living in them it will be the new people coming in and with this it will cause the current houses of the areas to go higher to match those houses causing more families to be displace. It could benefit Oakland for a short run because with all this going on there is going to be people to make the housing and all the new building and arenas so they can use Oakland Residents for that which can cause those to be able to afford a new home but the rest of the residents near there will not be able to afford the new rent or prices and be forced out. In Conclusion, it will hurt the people of Oakland because it will cause their to be more expensive housing and rent. It will cause the home owners now to have worse mental health and health in general due to stress. With all these changes happening in about 10 years the price of the city will be way more expensive and the people who can not live here will be forced to leave. This is why gentrification is something in Oakland that is going to not help the residents.

Gentrification benefits the city, even though it does a lot of bad for the people. The city can benefit a lot from their being a new “Coliseum City” like the quote I used before it will add more homes and more space for jobs this will benefit the city(Torres and Li). These extra jobs mean the unemployment rate in the city will drop. With these new properties to tax Oakland will receive more money, so they can improve other parts of the city like Schools, government buildings,etc. The new spaces will also help Oakland compete against tech giants like San Francisco and Silicon Valley. With more room for science and technology Amazon can consider Oakland as an option to set up their second HQ. Gentrification can help cities pay off debt. This next article talks about Hartford, Connecticut which is in high debt, gentrification can help them pay it off. Jonathan Wynn and Andrew Deener explains,“Hartford continues to experience unusual and difficult financial circumstances. The city has low home-ownership rates and high poverty rates…Half of the city’s real estate is made up of government buildings, educational facilities or hospitals — all of which are nontaxable. With a $65 million deficit, Hartford is now on the verge of bankruptcy”(Wynn,Deener). Gentrification can help this city with its debt problem because most of its real estate is made from government-funded buildings, there isn’t enough homeowners to tax. With more people of higher class going in and buying houses it can improve the amount they receive from them and slowly start getting out of debt. This will help the Hartford a lot but when it comes to this more homeowners will cause the people in those houses to move out causing their to be a migration to another low-income city where they will be affected as well. In cities like Hartford it can help them get out of debt and help improve the amount of money they get. In cities like Oakland it can decrease the unemployment rate and help the city get new jobs and get more space to compete against other cities.

Gentrification benefits the urban city, but also causes there to be suffering within the city citizens. Higher rents causes the citizens to move out and find new homes, it also causes health problems with all the stress put on them. Gentrification will benefit the city: it will cause them not to be in debt anymore and them to get more money and improve the city. In the end gentrification is something no one can prevent there is always going to be some degree of it no matter where you go. There will be lost because of it but their will also be benefits it all depends on what side you look at it from.

Allen-Price, Olivia. “How Many Are Being Displaced by Gentrification in Oakland?” KQED News, 10 Feb. 2017, ww2.kqed.org/news/2017/02/09/how-many-are-being-displaced-by-gentrification-in-oakland/.

This source talks about how the rent and house prices have gone higher than ever before in Oakland. It also talks about how a lot of families have been displaced since 2010 and how many of their rents have gone up. KQED is a trusted source because it has broadcasted a lot of news before and they can be found in San Francisco so they see it first hand.

This blog was on the a website Urbanedge this blog site is backed by Rice University a university in Houston, Texas. This source is credible because it is on a university blog site and because the publish date is recent at the time of writing this paper.

This is a map of the home cost of the are where Coliseum city is being planned.

This source is a credible source because it is on CNN a major news site. This news site is well-known around and has correct stories.