Let Me Open Your Eyes 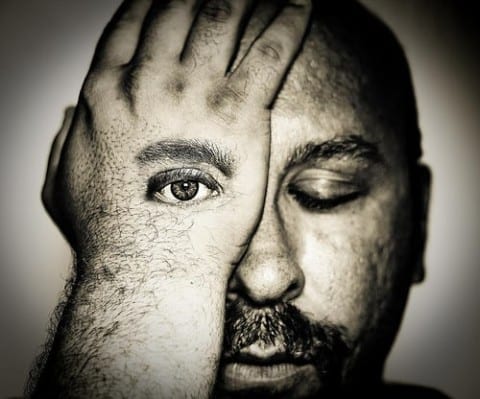 While crafting this essay  I realized I am going against, the standard academic format my Humanities teacher, Mr. Reed was seeking. Though I respect him wholeheartedly I do not think his original plan for this essay was for me. I refuse to use my voice to talk about a fictional character when I can talk about something more real and more raw. Stay with me while I break the rules and use my voice.

The topic of my essay submission is to open your eyes. The novel “The Hate U Give” is deeper than Khalil’s death. I want to magnify the emotion, thought and depth of the plot. Intensify the character’s emotions and walk in the shoes of some of the characters in the book.

Why is this significant? Well, I’ll tell you. I think some people read the book thinking it’s just a book. Not feeling the feelings or hearing the dialog that keeps the story going. According to CNN.com, between 2005 and April 2017, 80 officers have been arrested on murder or manslaughter charges for on-duty shootings. During that 12 year span, only 35% were convicted. In 2015 alone, officers have killed 1,125 people in the US. The number of police convictions in that year was zero. That’s right. Zero. Think about these real statistics. The Hate U Give debuted on February 28th, 2017. Maybe these numbers mean something.

In The Hate U Give the idea of Tupac and his words are mentioned a few times throughout the book. “The Hate U Give Little Infants F’s Everybody.” I’m sure you’re familiar with it. I’m not going to go into depth considering I wrote a separate essay on this but I did want to bring this up.

The book starts with Khalil’s death. Fast-forward a ton of chapters and you see Starr dealing with the crossfire. For example on page 93, Starr and her mother go to talk with the detectives and on page 333, Starr talks to the grand jury. Let me try to make you feel what Starr feels.

She is devastated. She feels guilty, ashamed, heartbroken. She abandoned her best friend and her friend did the same but only in a different way. Khalil left Starr to fight for him. As the “thug” he was portrayed to be, the people who look in from the outside think he deserved it. Starr was there to put those judging eyes in their place. It should be acknowledged that she is only a teen girl. A teen girl with friends and goals in life and her own teenage drama. Though this isn’t a teen drama novel it’s a serious novel with serious motives.

Starr can’t handle the pressure of being the witness and being the normal Starr all at the same time. Causing her life to be targeted and not to mention the backlash she gets from almost everyone in the novel. Even her own boyfriend throws a pity party after Starr doesn’t tell him about Khalil. These situations leave Starr vulnerable, alone and scared. She’s just a kid.

The Carter’s undergo major heat. We can all agree on that. Though let me show you something real. In Tulsa, Oklahoma Terence Crutcher, a 40 year old man that was shot September 2016 by police officer Betty Shelby after Crutcher’s SUV was found stalled in the middle of the street. Shelby testified that she opened fire because she feared for her life. Videos of the shooting showed Crutcher walking on the road with his arms in the air before being shot. The jury found Shelby not guilty of felony manslaughter in May 2017, stated by CNN. I did a bit of research and even watched the video of Crutcher and what went down. He was very compliant and even from a helicopter view that was clearly visible. That was a real man who died in a somewhat similar situation. Khalil’s death isn’t a story.

I believe Khalil stands for every person of color that has been let down by the justice system. Stripped of their freedom in one way or another. Protest and riots followed by police throwing tear gas against their words. I’d like to emphasize that I am not an African American. I have not been personally oppressed but I have eyes and I have a heart. I am a minority. That is where I stand.

Seven, DeVante and Sekani. Seven is Sekani’s older brother while DeVante is the friend in trouble. Losing his mind when Starr’s boyfriend Chris talked about macaroni with breadcrumbs on it and beating Chris at Madden. That was DeVante’s persona. On the outside, he was a street kid who got into something bad. Stealing money from a drug lord and going into hiding. Seven. The smart kid who thinks he can protect everyone. The kid who’s been thrown out by his own mother. Who is the first in the Carter family to graduate high school. He is caught in the crossfire being the brother of the witness and being the son of the drug lord’s wife. Sekani. Cute and adorable Sekani. Nice kid, silly, immature and hates swear words. I personally think he hustles his dad for loose change. The purpose of pointing them out is because they’re along for the ride too. They get dragged in and spit out by the plot of the story. I just felt that needed to be emphasized that they were there too and not just Starr.

These were fictional characters, yes very true. Though in reality, these aren’t fictional characters. People get shot, murdered and killed every single day. Police mess up and shoot every single day and every single time the mothers, fathers, sisters, brothers, friends, witnesses are all pulled in and spit out by the justice system. Drained by detectives, questioned by the jury, judged by everyone who wasn’t there. I wrote this to echo the very reason this book was created to open your eyes to the things people try to avoid and not talk about.

Black is a color. White is a color. Tan, pale, brown are all colors! Us as a human race decide to give those colors meaning. Yes, Khalil had brown skin and yes Terence had brown skin. Though they both had a beating heart until someone decided to take a bullet and stop that.