Should men and women be paid the same amount in the workforce?

Home 2018 January 11 Should men and women be paid the same amount in the workforce? 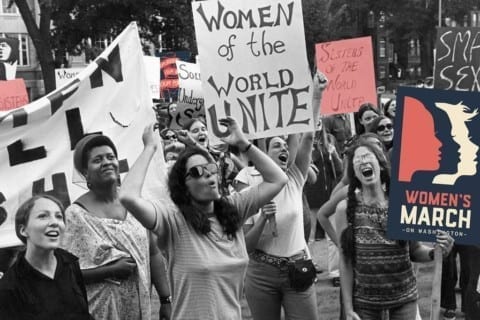 With our changing and growing society, more and more people are standing up for what they believe in, especially women. In America’s workforce we are reminded all too often of the discrimination of gender in regards to equal job opportunity and pay.

In the article, The Simple Truth About Gender Pay Gap, a survey was taken in 2016 that showed women were paid only 80 percent of what men were paid. It’s true that in certain jobs, women are paid lower. This pay gap affects women from all backgrounds, at all ages, and of all levels of educational achievement. Many people believe the pay gap has to do with the type of job you chose. However, even though earnings depend on the job chosen, there is till evidence to prove that men in those same jobs are paid more. In 2014 the U.S. Senate blocked the Paycheck Fairness Act which would make it illegal for employers to pay unequal wages to men and women who perform the same work. The goals of the act were to make wages more transparent and required employers to prove that wage discrepancies are tied to legitimate business qualifications and not gender. With stronger incentives for employers to follow the law, enhance federal enforcement efforts, and prohibit retaliation against workers asking about wage practices I believe we can work towards a better future for women in the workforce. We must ask Congress to take action for equal pay! As individuals we must continue to show our concern and care for this issue. Women must continue to advocate for themselves when it comes to salary, benefits, and promotions.

I believe it is a basic human right to allow someone the same opportunities in the working class, even if they are women. Women throughout history have worked very hard to find a place in society, and being a young women about to join the workforce, I think it’s important we keep fighting for gender equality.

Based on the changes in the pay gap from the 1970s to 2016, women won’t be paid the same until 2059. Having to work the same hours and educate in the same ways it’s unfair that women are not offered the same amounts of pay. We need to make a change. Let’s close the gap!