Caffeine, The Secret to Sucess? 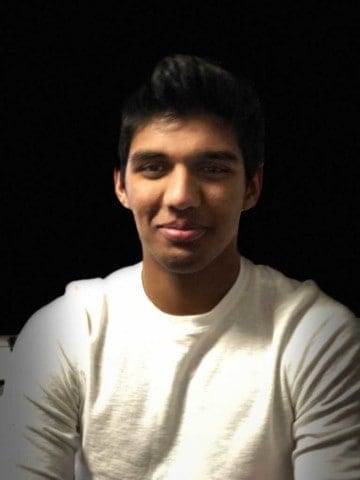 Caffeine, The Secret to Success?

Since I have been young I have been surrounded by a society which considers it the norm to consume the psychoactive drug known as caffeine. It is the world’s most widely used drug, it is used daily by 83% of Americans according to the National Coffee Association. Due to the amount of people that consume caffeine it is obvious that there are effects of this drug that draw people to consume it daily. The question is, will drinking caffeine daily increase the quality of your life or instead, will it  create an addiction that will require your money and time but fail to help you?  I expected to learn that caffeine is has either beneficial or negative effects on the consumer. However, when I was halfway through the research process, I started to realize that my idea may not be correct. Instead, caffeine has varied effects on the consumer based on the predisposed brain chemistry of the individual. In other words, caffeine affects every person different, and each person should choose whether caffeine is right for them based on their own needs, and reason for consuming. This is due to the the chemical and antioxidant receptors of the brain, and the way they react with the chemical caffeine.

I do not consume much caffeine, I may drink an occasional cup of coffee when it’s offered for free, but very rarely do I go out of my way to buy coffee, or go to a good coffee shop. The reason I decided to write about this topic is because it intrigues me,  I find it interesting how many people that I am close to are reliant on caffeine. Also I find it perplexing to the extent that caffeine is used in society. Kids start drinking soda with caffeine in it before the age of 10, and commonly will start drinking coffee before the age of 13.  As with any other addictive substance the younger the age at which you consume it, the more likely you are to be addicted it later in life. However, society seems to make an exception for caffeine, many large soda companies put caffeine in their beverages and target their advertisements to attract younger aged people to consume their beverages.

First off, I have found dosage to be an important factor as to how caffeine is used, in order  to utilize caffeine’s effects to the fullest you should have between 300 mg and 400 mg of caffeine per day. This is equivalent to about 3 to 4 cups of coffee a day or about twice the amount of tea. If more than this amount is consumed it is common to suffer from jitteriness, anxiety, and insomnia. However, there is also is a real risk of overdosing on caffeine, for example look at Davis Allen Cripe a teenager from South Carolina. He was in good health when he decided to drink a mountain dew, a latte, and a energy drink which lead to a “caffeine-induced cardiac event causing a probable arrhythmia.” according to South Carolina coroner. It is important to note that caffeine affects every person different, due to metabolism and amount of adenosine receptor sites in a person’s brain, a fatal amount to one person may be a healthy amount to another.

Caffeine has an extremely interesting effect on the brain, it is considered a alkaloid, alkaloids are drugs such as nicotine and morphine, they have high amounts of nitrogen, and have substances that block adenosine. Adenosine is a chemical in the brain that drives you to sleep, how it does this is by binding with the receptors that trigger the “tiredness” sensation you feel when you are exhausted. We, as people are all wired differently, therefore the way our body reacts to caffeine varies somewhat.  Caffeine enters your body when you drink it, then it proceeds to be absorbed through the small intestines and into the stomach. This is where most of the nutrients and minerals are absorbed. From here nutrients and minerals move through the bloodstream where they make their way to the brain. Once it is finished it continues into the bloodstream until it is deactivated by the liver. The enzymes in the liver that deactivate the coffee are the same enzymes that are responsible for the diverse effects of caffeine..

An interesting way to increase the amount of wakefulness you get from caffeine is to take a “caffeine nap.” This is when you take a 15 or 20 minute nap to reduce the amount of the adenosine in your brain after you drink a cup of coffee. By only sleeping for 20 minutes you clear out all the chemicals that lead you to feel tired, without having to go into the “deep sleep” phase.  After waking up the caffeine removes the remainder of this chemical, this will reduce your tiredness to a minimal state and leaving you as refreshed as possible.

Genetically, we are all born with different amounts of the CYP1A2 enzyme, this is the enzyme that is used to metabolize caffeine. Often it is quite easy to tell your genetic makeup, there are two types of people. People who are considered “fast-metabolizers” and people who are considered “slow metabolizers”. Fast metabolizers are able to drink 3 or 4 cups of coffee a day and not have any of the negative effects. Caffeine affects them for a much shorter time period as well, often fast metabolizers are able to have a cup of coffee around 8 at night and be asleep by midnight. Slow metabolizers are affected in an opposing way, for example it is normally a struggle for them to go to sleep by midnight if they have a cup of coffee around 5 or 6. The slow metabolizers liver is not able to deactivate the caffeine as quickly so caffeine is most likely present in their brain for a much longer duration of time.

It is important to know that our bodies are predetermined to either accept caffeine or to reject it.  For people who on a daily basis are prone to feeling stressed out, anxious, or restless, should not consume the same amount of caffeine as an individual who does not deal with these problems. This is because caffeine, especially at higher doses, can cause one to feel worked up, or increase their anxiety dramatically. However, this does not mean they should avoid caffeine completely, instead they should consume a lesser amount than an individual without these symptoms. One should base their caffeine intake on their natural sleep schedule. Some people who have difficulty with sleeping and need large amounts of sleep should consume less caffeine than an individual who does not. This is because for everyone caffeine is a sleep inhibitor, this means regardless of the amount of sleep you need it will not allow you to get the same amount as you would without it.

An interesting effect of caffeine is its ability to speed up the bodies metabolism. Caffeine does this by metabolising lipids faster, this means that consuming caffeine has a direct effect on helping lose fat. A test was done on 8 healthy college students where their ability to metabolise lipids was recorded once while fasting without caffeine and once while fasting with 150mg of caffeine. The results are as followed “After ingestion of caffeine, lipid turnover increased 2-fold,” (Acheson, 3) This means that after consuming caffeine the rate which your body digests lipids (fat) is increased two times as fast. This appeals to the majority of the population because almost everyone is looking for a way to increase their health and lose weight without spending a lot of time in the gym and working out.

A commonly asked question is what is the healthiest way to consume caffeine. There is not a single right answer to this question, however most scholars agree that the antioxidants and nutrients found in organic coffee beans provide the most health benefits. However, not all coffee is good coffee, if you can handle the taste, black coffee is the healthiest choice, however drinks from restaurants like Starbucks and Biggby are not the best choices. There are some healthy choices at these restaurants but the unhealthy ones greatly outway the good ones. Items such as lattes and frappuccinos have much more sugar than is commonly realized. For instance a average small frap has around 65 grams of sugar. This is more than most candy bars, or even more than desserts such as ice cream and cake.

Often, people who do not enjoy the natural taste of coffee try to substitute it by adding a lot of things such as sugar, cream, and sweetener. However advice for the people that do this is simple, if you want to make the healthy choice, add cocoa, or cinnamon along with either a small amount of sugar or a natural sweetener. If the taste of coffee is still unbearable, other drinks such as tea, and soda are healthier options.

Another, debated topic is which method of making coffee is the best, there are five main ways to brew coffee, the first is the standard brew drip. This method is where you put coffee grounds in a automatic coffee maker and let the maker do its job. This method generally has the highest amount of caffeine, also it reduces the amount of oils in the coffee, this has a good effect on your heart, which the oils affect negatively. The next method is known as the french press. This method allows the water to soak in the beans and oil, this gives the coffee a relatively high amount of caffeine but also gives it a high amount of oil. This leads to the richest and smoothing tasting coffee, however it also contains the highest amount of oil and can have an acidic taste. Another method that is extremely popular right now is the cold brew, this is very similar to the french press but takes place in cold water over a 12 to 16 hour time period, this method has a fair amount of caffeine and the same amount of oil as the french press. The last method is instant coffee, this is powder that can be put into a glass with water and heated to form coffee, this method is lacking in both the caffeine and oil, due to its filtration and packaging it is the most plain tasting and least fulfilling way to consume coffee.

To summarize, caffeine cannot be classified as good or bad, instead there are many variables that every human possesses that will decide whether they should consume caffeine or not. Caffeine has many great effects such as increased memory and cognitive performance, and also the ability to help people live a healthy lifestyle. However, on the flip side caffeine is a highly addictive substance and can change one’s sleep schedule and change their emotions and feelings. All of this must be remembered when choosing whether to consume caffeine or not, however. If you are still unsure whether to drink caffeine or not I advise you to try a cup before your daily routine and see how it affects you, enjoy!

Caffeine, The Secret to Sucess? by Damon is licensed under a Creative Commons Attribution-ShareAlike 4.0 International License.