How has the internet changed us as a society?

Home 2017 December 14 How has the internet changed us as a society? 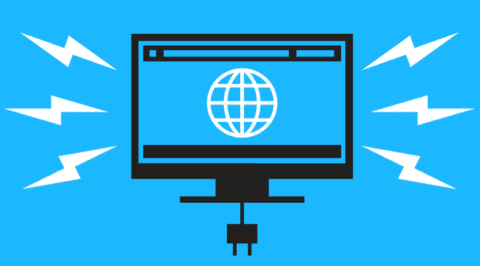 There is no doubt that the internet has become a big influence in today’s world, as not only does it provide easy access to communication with almost anyone, it is also grants us the ability to find any piece of information that we choose to seek out. Things like finding out the weather for the week or finding out the name of a person from a movie have become effortless compared to just a few decades ago, as it is now accessible with the click of a button. However, there is some controversy surrounding this newfound breakthrough in technology, as though some think this is one of the greatest things to ever happen to our society, others believe it is creating a generation of lazy people who don’t need to put in any effort to seek out knowledge. So, I went and did some research to find out popular opinion regarding this subject.

The Washington Post created an article that gives 36 ways that the internet has changed us, which offer mixed opinions on the subject, On the one hand, our multitasking skills have greatly increased because of the internet, and problems such as waiting in line at stores have mostly gone away because of sites like Amazon. However, only 5% of languages have integrated themselves towards the internet, and scholars believe that the others will die out within the next 100 years. I found another article that offers a few different perspectives, the first of which suggests that our increased access to communication has caused us to treat intimacy differently. Posting on social media allows people that we don’t usually associate with to see what we do, compared to only allowing very close friends access to that information. In addition to this, another claim says that everything is crowd-based nowadays, and  that everyone has a say in what goes on.

To sum things up, whether or not the internet has affected our society in a positive or negative way comes down to personal opinion. The factors that go into this matter are very extensive, and subjective to say the least. So, I propose a question: what is your attitude towards the internet? Do you think it has harmed or helped us as a society, and in what ways? I would appreciate any feedback that people have on my question.

How has the internet changed us as a society? by Billy is licensed under a Creative Commons Attribution-ShareAlike 4.0 International License.