What Happens When a Ruler Leads Through Fear?

Home 2017 December 12 What Happens When a Ruler Leads Through Fear? 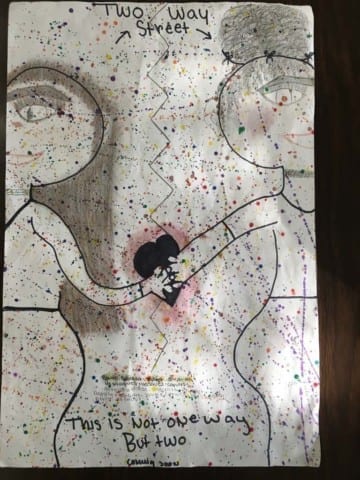 In government, we see different ways that power is attained. Sometimes leaders find their power through their people, but other leaders use power against their people. I wanted to see what happens when a leader rules through fear, and why this way of leading is damaging to a society. I looked at examples in history of leaders who ruled through fear to see what they had in common

The first example I looked at was Hitler leading Germany through Nazism. Hitler used power to scare everyone in Germany into silence. He turned the country into a war-state, and they thought they had to be in war for things to get better. The result was millions of people killed, and divisions between the people who lived. The country of Germany was exhausted, and much weaker because of ruling through fear.

Another example I looked at was Stalin’s dictatorship over the USSR. During his years in power, Stalin sent anyone who was a threat to labor camps, or had them killed. Freedom was taken from everyone, and each part of life was strictly controlled. He used fear as a way to get the people of Eastern Europe to do what he wanted, forming his society to be communist, industrial, and completely under his control. When Stalin died, the USSR was unstable, and this led to the Cold War.

After looking at these two examples, it’s clear that ruling through fear leads to many issues in a society. Tragedies occur when leaders want to prove that they are worth being feared. While it is possible to remain stable under a leader who rules through fear, it is not possible to stay stable after the leader dies. People living under a leader that they fear are afraid to take chances, and afraid to live.

Leaders who use fear to control people today are very detrimental to those they rule. People don’t feel safe in their own homes, and government is something that works against them instead of with them. Ruling through fear actually does less to keep a country in line than working with its people. Leaders who rule through fear need to be addressed and discussed, so that we can prevent governments running on violence and fear in the future.