Guns Out of Control

Home 2017 November 8 Guns Out of Control 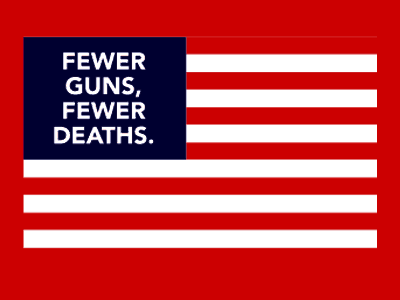 Chaos, screaming, bodies on the ground. This is the scene of Las Vegas shooting as hundreds of everyday people were mowed down at an innocent music festival. Sadly this isn’t the only mass shooting the US has suffered. In America we have one of the worst reputations with guns. Backed by facts found in studies, America is a nation that despite all the problems we can see with guns we’ve done little to no change in laws. We can see from all the carelessness in gun control it is causing more harm and fear in our society.

An outdated amendment is one reason why gun control has been so lenient. The second Amendment is defined as “A well regulated Militia, being necessary to the security of a free State, the right of the people to keep and bear Arms, shall not be infringed” (U.S. Const. Am. 2). This isn’t as applicable today. This has not been updated from when it was first instated back in 1791 and when it was revised in 1992. Things are much different today. We have no need for so much firepower in the hands of our citizens. We can especially see this when people are able to buy semi automatic guns without a intensive background check, then they are able to shoot up a supposedly safe place. What does this do? Creates fear that anyone can just have a high powered gun on them and not be questioned. We see this from the Las Vegas shooting. The shooter mowed down hundred of people at a music festival and it is reported that “Paddock checked into the Mandalay Bay Resort and Casino on Sept. 28 with 10 bags and at least 23 guns, including high-power rifles” (Windsor, Jacobo, and Margolin para 16). How is it one man can just come into a hotel with way too many bags for a single person and not be questioned. He intended to cause fear and destruction and that by letting him have the power to purchase all the guns we can see that gun control is too lax.

In the government we see that those who are conservatives and liberals are so at odds with each other they are almost negligent on the real issues guns are really causing. People are dying in this great nation yet all that is being considered is the views of the politicians is what they want. What of the hundreds of victims who were either killed or injured? We can see from shootings at Columbine High School that happened in 1999 where 13 were killed, to the continuous massacres that occur, such as at Sandy Hook Elementary where 26 were killed, and more recently the shooting in Texas where at least 26 were killed. The first two have all come and gone yet have we seen any real change in control that would help protect the people? Texas is a good showing that things haven’t really changed. Even the courts are way more focused on getting rid of stricter gun laws or making them broader to allow more leeway than actually making new ones. We can see this from when “The president is filling out the ranks of the lower courts with pro-gun-rights judges” (Zurcher para 29). If we can’t even look at our courts and expect to be protected from gun violence our state of security and society is harmed. Would you feel safe knowing most anyone is allowed a gun or can get access to a gun? We could also see the neglect from our government stated when “the U.S. government for what seems like the plain negligence, or worse, of whoever failed to enter Texas shooter Devin Patrick Kelley’s name into the federal crime database—a listing that would have made him ineligible to buy a gun” (Culhane para 4). That was just plain careless and led to a very devastating event that many people were victims of.

All in all people can try to argue that our gun control laws and how we handle them are fine but in reality because the US is so careless with them we can see that people are being continuously hurt and fear is growing. America has had some of the worst mass shootings ever. They have been slightly stretched out in time but really that we continue to see it is what leaves a bitter taste in our mouths. With little work being done for tighter gun control we can see that people are afraid. Maybe they’re asking themselves the next time they go on an innocent outing “Could it happen here? What if I’m next?” That is no way to live.