Could Mass Shootings be Prevented by Gun Control?

Home 2017 November 8 Could Mass Shootings be Prevented by Gun Control? 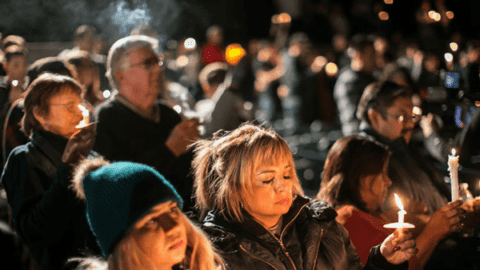 Gun violence is an unsolved issue that is a problem in America. Although there are some restrictions on guns, there are innocent people being murdered and injured due to a lack of gun control. There should be more restrictions on gun control to make it harder for criminals to put people in danger. Currently, guns in the United States are easy to access, creating the problem of an abuse of how the guns are being used and people are dying due to this problem.

With the laws on gun control that the United States have currently, it is easy to make guns more accessible. At the Las Vegas shooting on October 1st of 2017, the shooter used a bump-firestock. A bump-fire stock allows the shooter to fire bullets at a faster rate (Yan para 3).The bump-firestock essentially allowed the shooter to be using an automatic rifle because of how fast the bullets can be fired. Buying bump-fire stocks is legal in the US, so the shooter technically did nothing illegal and managed to murder 58 people and injure much more. There have been 378 mass shootings in 2017 alone (Mass Shooting Tracker). Just in one year, too many people have died as a result of gun violence because it is out of control. Gun control is a serious problem that must be fixed as soon as possible for the greater good of America.

The use of firearms should be allowed, but there should be more restrictions put in place for the safety of civilians. The 2nd amendment of the US Constitution states: “A well regulated Militia, being necessary to the security of a free State, the right of the people to keep and bear Arms, shall not be infringed.”(“The Constitution of the United States,” Amendment 2).Guns have been being used for the wrong reasons more frequently in recent years and there have to be laws put in place to stop future issues because of gun violence. Las Vegas is just one example of tragic events happening because of gun violence.  Along with the Las Vegas shooting, there was also a shooting in Orlando this past June as well as the recent shooting in Texas. The Texas shooting, which happened on November 5th, is a reminder that something must be done to end the killing of innocent people. Similarly, there are more instances where gun control has been an issue such as the gun violence in Chicago, or the tragedy at Columbine. The Las Vegas shooter had 47 guns and the purchases for the guns were completely legal. John Cohen, a former undersecretary of Homeland security said: “It’s not legal to purchase a fully automatic weapon, but it’s not that difficult to convert legal semi automatic weapons so that they are fully automatic” (Cohen para 22). It is disappointing to see guns used in the manner that they are as murder weapons, terrorizing americans. Guns should not be utilized as ways to kill people and the only way to prevent this is to set more restrictions on gun control.

There have been some attempts to place more restrictions, nothing has moved through or taken effect. A Bipartisan group of representatives proposed bill that would end the ability of guns to be converted to mimic semiautomatic rifles. Brennan Weiss from Business insider says: “The measure aims ‘to prohibit the manufacture, possession, or transfer of any part or combination that is designed and functions to increase the rate of fire of a semiautomatic rifle but does not convert the semi automatic rifle into a machine gun’”(Weiss para 2). If this bill passed, many Americans would feel safer with the ability to make a rifle into something comparable to a machine gun. This bill is satisfying to both democrats and republicans because it was worked on by a bipartisan party of 10 democrats and 10 republicans. In regards to stricter gun laws in general, a poll that was done by Politico “found that 64% of voters support stricter gun laws…83% of Democrats support stricter laws whereas 49% of Republican voters support them.”(Weiss para 3). This data shows that even though there are differences in percentages of Republicans and Democrats who support gun laws, there is still a solid amount of voters who would like stricter gun laws. There is always argument and different opinions between Democrats and Republicans, but these poll results prove that they both want some form of a change to what America’s laws on gun control are currently. Even with disagreements, both parties are acknowledging that gun violence is a problem and stricter gun control may help to solve the issue.

Gun control is a problem that is resulting in the deaths of thousands of innocent people. Americans should not have to live in terror of going to a concert, school, or even church because of the fact that there might potentially be a person with a gun who might choose to use it in the wrong way. Gun violence has affected our country greatly and our government is starting to realize that they must act and do something to minimize the amount of murders and injuries the United States is having right now.