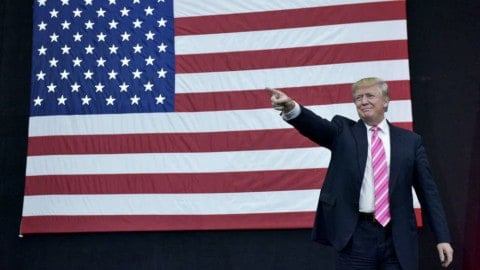 The claimed reason for kneeling during the anthem has not been consistently accurate. This became clear when the players responded when President Trump called for the kneeling players to be fired:

A spirit of unity swept the National Football League on Sunday as rival teams, players, coaches and even some owners and performers took a knee or linked arms — or even refused to take the field — to show opposition to President Donald Trump and support for the movement started by ex-quarterback Colin Kaepernick. (Burman & McCausland para. 1)

It really makes one wonder, is taking a knee in protest of racial injustice or President Trump?

Kneeling for the flag during the national anthem before football games undesirably affects unrelated things. One example is divisiveness among teammates. “Clemson University football coach Dabo Swinney said in a press conference: ‘I don’t think it’s good to be a distraction to your team. I don’t think it’s good to use your team as the platform’” (“Refusing to Stand for the National Anthem” Con 2). Another example is that it makes watching football less enjoyable for many people. “It corrupts the usually fun and patriotic atmosphere before a football game” (Armstrong reason 8). Something that’s supposed to unite us should not divide us.

Supporters often say kneeling for the flag is acceptable because it is a right granted by the constitution. “Not standing for the national anthem is a legal form of peaceful protest, which is a First Amendment right” (“Refusing to Stand for the National Anthem” Pro 3). However, this is failing to address the point. You can attempt to justify many poor choices by saying that it’s legal. The reason why kneeling for the flag is wrong is not because it is illegal. It’s wrong because it aims to bring attention to something careless of what exactly the means being used is.

Standing for the flag is something that we do to show unity and love for our country, not to show hate and divide. Kneeling for the flag in protest is wrong because the original cause for protest hasn’t been consistently maintained, it negatively affects inadvertent things, and it is justified using weak defense.