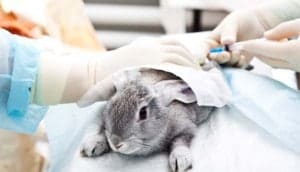 As history shows man has endured and overcome many diseases and illnesses. These diseases have killed many people and caused many to suffer. Most of these diseases have been cured do to man’s medical research. Medical research has improved people’s lives along with increased life expectancy greatly.  These medical breakthroughs have helped mankind in many ways, but in order to achieve these advances in medicine many animals suffered through testing. The practice of using animals such as rats, mice, fish, and birds to experiments have been debated for decades.  Many people for animal testing state develops medical research and are against it argue animal testing is inhumane.  There are many different pros and cons to animal testing itself.

Animal testing has been around since 500 B.C, ancient times, when Aristotle was around.  We wouldn’t be alive today if it weren’t for the advances in the medical field from testing on animals.  There is no doubt that testing on living animals is cruel, but it is necessary.  Over the centuries many people have examined alternative means to animal testing but have found none as efficient.  Although animal testing is cruel, it is needed to develop and experiment with different forms of treatment, protects the safety of people, animals and the environment, to advance scientific understanding, advance the medical field, and lessens human-based experiments.

Without animal research, the medical field would be nowhere as experienced as it is today. Through many researches, the medical practitioners have been able to test the safety of drugs and develop new medicines to cure illnesses and diseases that have not only helped humans and the environment, but animals themselves.  According to the US-based Foundation for Biomedical Research, “Animal research has played a vital role in virtually every major medical advance of the last century – for both human and veterinary health. From antibiotics to blood transfusions, from dialysis to organ transplantation, from vaccinations to chemotherapy, bypass surgery and joint replacement, practically every present-day protocol for the prevention, treatment, cure and control of disease, pain and suffering is based on knowledge attained through research with lab animals.” (Pro test,1)  If vaccines weren’t tested on animals, many animals would have died from diseases such as rabies, hepatitis, and many other deadly viruses. Other positives of animal testing include; some cosmetics and healthcare products must be tested on animals to ensure their safety,  animal testing is also an alternative to human testing, a n animal’s lifespan is short,  relatively few animals are used in research compared to how many we eat per year, and those used in testing are treated with care.

Those against animal testing argue it is inhumane and cruel, and argue alternatives to animal testing must be used. Although it may not seem like experiments are used fairly on animals, there are certain procedures that scientists must follow.  Animal researchers treat animals humanely, both for the animals’ sake and to ensure reliable test results.  Scientists are required to use the principles called the ‘three R’s.   The ‘three R’s of animal research include; “Replace the use of animals with alternative techniques, or avoid the use of animals altogether. Reduce the number of animals used to a minimum, to obtain information from fewer animals or more information from the same number of animals. And refine the way experiments are carried out, to make sure animals suffer as little as possible. This includes better housing and improvements to procedures which minimise pain and suffering and/or improve animal welfare.”(understanding, pg2).  Also laws such as the Animal Welfare Act are put into place to protect animals from mistreatment.  Although it is argued that there are alternatives to animal testing, there are no more efficient ones expect testing on humans (which isn’t legal). The genetic structure of humans is very complex and the only other form of testing to humans is animals.  We share 95% of our genes with a mouse, making them an effective model for the human body.  To take away animal research would devastate the lives of humans and animals alike.  We wouldn’t survive without these medical discoveries found in animal research.  Former UK Home Office minister Joan Ryan did an great job of explaining why it is vital; “Animal research and testing has played a part in almost every medical breakthrough of the last century. It has saved hundreds of millions of lives worldwide…”

In conclusion, animal testing is extremely useful for medical advances, and for the safety of humans, animals, and environment as a whole.  Although it is cruel there are no better alternatives. We all hope for a day when animal research is no longer needed, but until then it is vital.