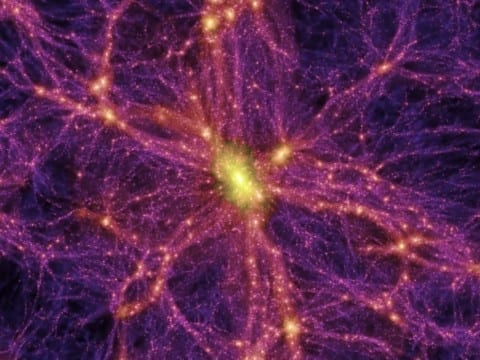 With the conflicting political climate in America, some key button issues are in danger of becoming decided too quickly. Abortion is one of the most conflicted issue in the United States and has been since the United States was created. Abortion needs to be kept legal because it is necessarily for the health of women.

Abortion cannot be banned from the United States. In Row V. Wade, the United States Supreme Court decided that the right to have an abortion is legal, and is left up to the woman. This was established because men used to have complete control over a woman’s abortion. (CNN). If the president tries to ban abortion without support from the judicial branch, then the ban would be violating the supreme court decision. Anything that violates a current supreme court decision is illegal. The American people overwhelmingly support abortion in some cases. The Washington Post even says “85% of Americans support abortions in the case of the mother’s safety, 75% support in case of rape, 73% support abortions in case of possible birth defects, and 44% support abortions under any circumstances.” (Washington Post). The supreme court supports the side of most Americans, saying that abortion is legal. Also, laws make sure that abortions can only occur when the baby is not viable, could not survive being born. When a baby is created it is a zygote. This is when the sperm and egg have joined and mitosis has started. The embryo has all the potential for life, but in the way a seed does. The potential is there, and so is the DNA, but life can not be sustained in the state it is currently. Abortions happen before the embryo has grown to the point where a baby could live. People who support abortion are not killers, they are just protecting the mother. All that being said, abortion is legal, not matter how much of a hot button topic it may be today.

Now, what about religious and moral reasons? The christian faith is strongly opposed to any abortion. In most christian churches, abortion is seen as a murder and women who receive abortions, even after sexual crimes, are sometimes punished. Most factions of Islam allows abortions within the first four months. All factions approve of abortions in case of the mother’s health or rape. Orthodox Jews accept abortions within the first forty days, or if there are severe health problems. Sikhism and Hinduism oppose abortions, partly because of sex-abortions (aborting a girl simply because she is a girl, a common practice where most Hindus and Sikhs live). Some Hindu factions believe that abortions for other reasons are acceptable in the first three months (Religion and Abortion- Wikipedia). Abortions in the United States are only legal within the two terms. As long as the woman has an abortion within the first month and a half, she is not violating any religious beliefs except for christianity. Christians are strongly opposed to abortions, but 62% of abortions in 2014 were for church-going christians (Guttmacher). This is because christians have a terrible stigma against women having sex, resulting in unsafe sex and pregnancy. Religious reasons are important, but the people getting abortions are doing it while religious. That being said, moral reasons are a different story. Almost everyone has some moral hesitations around abortions. I understand why it is horrible to end a pregnancy. It is the loss of hope, if not the loss of life. Abortions are performed for many reasons: rape, carelessness, health problems, and money. Morally, I agree that abortion should never be a woman’s first option, but I feel it needs to be an option. There are some reasons that most everyone can agree warrant the termination of a pregnancy. We should not ban all abortions because then all women would lose their choice.

Women do not want to abort unless they have to. It is a tough decision, no matter how the pregnancy occurred. 35 states in America even  require that women are discouraged from having an abortion (Guttmacher Institute).This is to make the choice harder, to shame the woman. Women tend to make the choice early in the pregnancy. Over 90% of abortions take place during the first 12 weeks of a pregnancy. The center of disease control states in their 2012 pregnancy epidemiology study,  “60% of abortions were performed for woman under twenty three  who were using a form of birth control in 2012” (CDC). Most abortions were reported to happen because the women did not receive proper information and did not have access to contraceptives. Schools teach abstinence above everything else. I am finishing high school without ever being taught how to put on a condom or different methods of birth control.  Women get pregnant daily, even when using contraceptives. Should they be more careful? Yes, but that is not always going to work. There is a social stigma associated with women having sex causes woman to do it unsafely, resulting in the need for more abortions. Try going into a store as a young woman to purchase birth control, I guarantee you will recieve raised eyebrows. The more women are judged for having sex, the more likely they are to have unsafe sex. The rate of death for young unmarried women has gone way down now that abortion is legal. Abortions are safe. If an abortion occurs within the first  trimester, the odds of a woman dying are less than 1 in 300000 (Guttmacher Institute). For that one woman who will die in an abortion, 72 ‘healthy’ women will die in childbirth (CBS News).  Abortions are safer than having a baby. Abortions will happen, legally or illegally. The abortions can be done safely or with coat hangers.