A Solution to an Energy Crisis

Home 2017 November 8 A Solution to an Energy Crisis 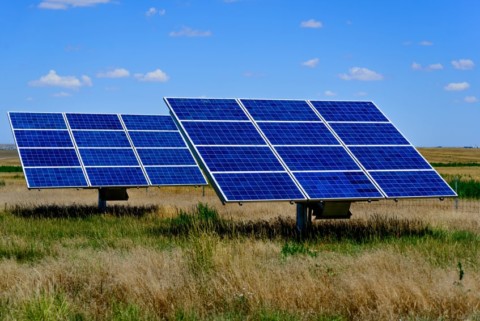 Our world is in the midst of an energy crisis, prices are going up and resources are growing more scarce. In our time, 2017, there should be a solution to the many problems put forth by our energy consumption needs. Solar energy is that solution, with new technology and innovations modern energy problems can be solved, but at great financial cost.

At its current state the united states consumes sixty eight percent of its energy from fossil fuels that produce Carbon Dioxide, Carbon Monoxide,  and sulfur dioxide just to name a few (Weber). These chemicals ravage the environment causing even more problems for normal people, families, all because at the moment there are few alternatives to fossil fuels due to a lack of funding and a gap in common knowledge. While conventional electricity powers most of our homes and produces harmful chemicals, solar energy is clean, efficient and is only limited by the amount of energy the sun releases which researchers say is enough to power the entire world for a year in one day’s time(The Solar).

Solar energy works by converting the sun’s energy into direct current by method of a device called a photovoltaic cell. The cell along with the required panels costs the average american household (the average house uses 5000kwh per year) $16800 before upkeep (matasci). These prices are not realistic for an average household income of $73000  (Frankle). However innovation is moving fast in this industry and prices are going to drop as the technology becomes more refined.

The benefits of solar energy far outweigh the benefits of all other forms of energy. Solar energy is clean like many of the others but it also has the advantage of longevity. Hydroelectric energy can only be used on large rivers which are to spread out, wind farms are too large to ut in cities and take up valuable space to grow food in the countryside, unlike these solar power can be anywhere, rooftops, parking garages, bus stops, and now even windows can be covered in a thin sheet of near glass coloration that will produce energy when they react with the sun (Get). Solar energy could be the most widespread form of energy if companies, families, and the government invest in these new technologies.

Solar energy is the future of our world, it is the cleanest and soon to be most cost effective way of obtaining energy to ever exist. Everyone can make a difference by investing in new technologies to further innovation. Together we can stop pollution and  make energy more affordable.