Is There a Backlash Against Social Media Response?

Home 2017 October 17 Is There a Backlash Against Social Media Response? 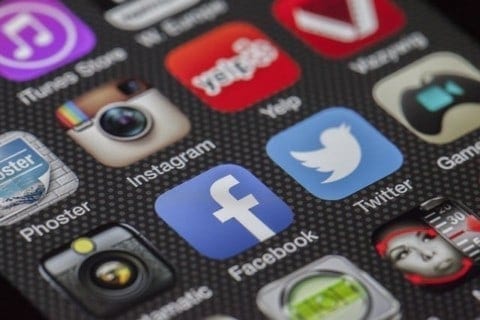 Many parents worry about how exposure to technology might affect toddlers developmentally. We can see younger preschoolers are picking up new social and cognitive skills at a stunning pace, and we don’t want hours spent glued to an iPad to impede that. But adolescence is an equally important period of rapid development, and too few of us are paying attention to how our teenagers’ use of technology—much more intense and intimate than a 3-year-old playing with dad’s iPhone—is affecting them. In fact, experts worry that the social media and text messages that have become so integral to teenage life are promoting anxiety and lowering self-esteem.

Teens are masters at keeping themselves occupied in the hours after school until way past bedtime. When they’re not doing their homework (and when they are) they’re online and on their phones, texting, sharing, trolling, scrolling, you name it. Of course, before everyone had an Instagram account teens kept themselves busy, too, but they were more likely to do their chatting on the phone, or in person when hanging out at the mall. It may have looked like a lot of aimless hanging around, but what they were doing was experimenting, trying out skills, and succeeding and failing in tons of tiny real-time interactions that kids today are missing out on. For one thing, modern teens are learning to do most of their communication while looking at a screen, not another person.

Peer acceptance is a big thing for adolescents, and many of them care about their image as much as a politician running for office, and to them it can feel as serious. Add to that the fact that kids today are getting actual polling data on how much people like them or their appearance via things like “likes.” It’s enough to turn anyone’s head. Who wouldn’t want to make herself look cooler if she can? So kids can spend hours pruning their online identities, trying to project an idealized image. Teenage girls sort through hundreds of photos, agonizing over which ones to post online. Boys compete for attention by trying to out-gross one other, pushing the envelope as much as they can in the already disinhibited atmosphere online. Kids gang up on each other.

Adolescents have always been doing this, but with the advent of social media they are faced with more opportunities—and more traps—than ever before. When kids scroll through their feeds and see how great everyone seems, it only adds to the pressure. We’re used to worrying about the impractical ideals that photoshopped magazine models give to our kids, but what happens with the kid next door is photoshopped, too? Even more confusing, what about when your own profile doesn’t really represent the person that you feel like you are on the inside?

I am conducting a survey that will hopefully provide me with the best data in participation of other people’s responses. Please take the survey!

Is There a Backlash Against Social Media Response? by Anthony is licensed under a Creative Commons Attribution-ShareAlike 4.0 International License.