What Does it Mean to Call Yourself an American?

Home 2017 October 4 What Does it Mean to Call Yourself an American? 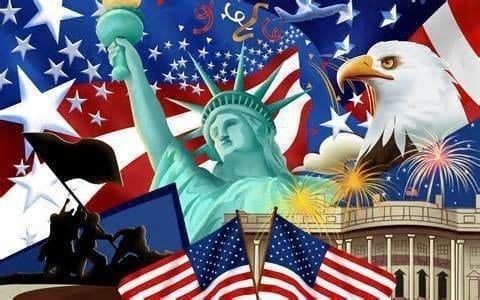 50 states are all united by the word American, but what does the word actually mean? The word American may actually mean something different to everyone depending on their values and beliefs. Politics plays a major role in answering this question which is why there are many answers. Having said that, I believe there are a couple of things that everyone can agree are true American values. The Constitution includes The Bill of Rights which gives Americans freedoms just because they are American and they cannot be taken away by the government. These are essential when it comes to defining what it means to truly call yourself an American. Our freedoms separate this nation from all others around the world and they are amazing, but you have to do some things in order to be granted these fruitful liberties. You must abide by our nation’s laws, respect others no matter what they look like or believe, and help to improve your community as well as the lives of others. If you do not abide by these rules, you can be sent to prison and can lose these rights. Calling yourself an American is a privilege that must be earned but it is well worth it. It is a prestigious title that is respected around the world especially in places that do not have the freedoms Americans do.

America is beautiful because everyone is entitled to their own opinions and it doesn’t matter how you look at an argument because a lot of people view the same argument a lot of different ways. In the article “What does it mean to be American? The answer may depend on your politics” Matt Sedensky talks about a number of controversial topics and how democrats view them and how republicans view them. The answers conflicted a lot and republicans valued America’s roots in Christianity while democrats valued America as a melting pot of different cultures. There were many more arguments in the article but I’d like to focus on this one. This is an example of two conflicting viewpoints from different sets of people. Americans accept the fact that people don’t think exactly like them which is great because life would be incredibly boring if everyone wanted to do the same activities and had the same viewpoints and thoughts. Americans listen to each other because they may be persuaded to switch sides on an argument or may persuade someone else to switch sides. Lots of countries are jealous of Americans because they don’t have freedom of speech or the right to have their own opinions. Some people live under brutal dictatorships and have their news censored to make it appear as though everything is going great in their home countries. This is not the case in America because we have a media that will occasionally be really biased and occasionally be fair. You have to look at what you’re reading and find out if what you’re reading is biased which may require a little bit of research.

Americans help each other around their communities to improve their towns and cities which can have a big impact of the country as a whole. There’s an article by Lee Hamilton called “What Does it Mean to be an American Citizen?” and this article gives examples of things that Americans can do around their communities to help their neighbors and fellow patriots. One quote that stood out to me was “America is not and will never be a finished project.” This quote shows that even today, there are things that need to be done to make America successful. The article gives numerous examples such as voting for elected officials, working for those elected officials, volunteering for charitable causes, writing letters to elected officials, giving speeches in our communities, organizing petition drives, and staying more informed about issues both local and nationwide. This great article calls upon Americans to step up to the challenge and get stuff done so we can leave this country to our children better than we inherited it. These tasks are not a lot to ask for especially considering what our founding fathers had to go through to create this amazing place we call America.

America is a spectacular country with so much to offer. Freedoms and liberties enshrined in the Constitution are given to every citizen and everyone is entitled to their own opinions. What more could you ask for? American citizens care about one another even if they have different beliefs for how the country should be governed and what laws should be put into place. One word that MUST be used to define the word American is freedom. It is freedom that drives Americans towards success and encourages friends and family to achieve their goals whatever they may be. Everyone is different and Americans not only accept that but value it. We learn about different cultures and people from around the world but also value our Christian roots. We understand that people are different but we also understand that they should not be treated differently. We all have the privilege to live in this great country that we call home and we are all united by one word, American.

Press, Matt Sedensky Associated. “What Does It Mean to Be American? The Answer Depends on Your Politics, Study Says.” PBS. Public Broadcasting Service, 06 Mar. 2017. Web.