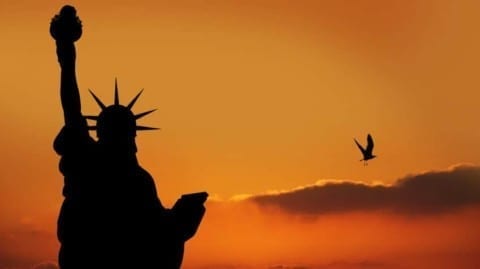 “We the people”(US Const. Preamble). The first three words of the Preamble in the constitution. I think this is a very general definition of what our country stands for, the first American dream. To have a government run by the people rather than an oppressive government, and that still stands today in our country. It has always been an important American value to have freedom over the government as that was the reason we fought so hard to achieve and maintain it. When people think of the United States, they think of freedom, honor, and independence. We are known as the country to give our veterans the highest honors and our citizens every opportunity. Although the American dream has changed throughout the years, its core values remain intact through spirit and pride.

Overall I think our country is ultimately brought together by what separates us. We as Americans are very unique on our foundation and values. It is in times like these that we forget what we are grateful for, like our military overseas. “It is the Armed Forces who fight to keep us free for they are willing to die for you and me”(Bailey). Is a poem that i rely back on to give an example of the sacrifices our troops make fighting for our freedom, I don’t know how that could be denied. Our military has seen great feats in all of the wars in our time, defeating some of the greatest evil this world has to offer. And what is their motive? The safety and support of our country. This is why it pains me to see people in the streets disrespecting our flag, burning it and stomping it out in front of military personnel. On top of anything, military should be excused from people pushing political agendas.

In light of the recent hurricanes and mass shooting in Nevada I think this is an important time to come together as a country to leave our differences aside and help on another. I believe that the success of our country is based on a limited government. As the author and lawyer Ben Shapiro said “Distrust of government isn’t baseless cynicism. It’s realism”(Shapiro). Ben Shapiro is the editor-in-chief at the Daily Wire, he is a moderately conservative speaker who holds many forums in colleges across the country. Shapiro talks about the issues of large governments in country who use socialist and communist ideologies. I feel like the point he tries to make is based around prosperity in America through those values.

In summary, our country is a great example of a nation with meaningful core values and beliefs. We as a community are very proud of our rights protected by a controlled government that is meant to serve the people. Through a limited government we are able to maintain the free state in which America stands.