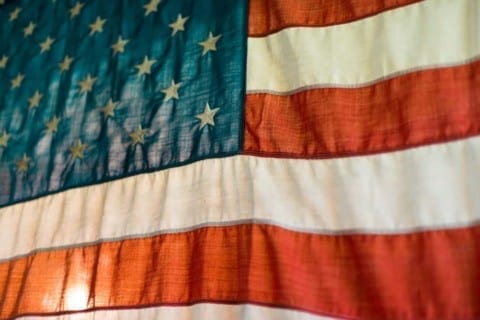 We hear words like Freedom, being Free, Liberty, Courage, Family, etc. When bringing up America. Repeated over and over again, in every definition, in every philosophy on what it means to be an American. But sometimes I feel that these stock words that everyone uses hinders at the core details of what an American is. “To be an American to me means that I am free… it means most of all to be free and to be proud that I live in the United States of America…” (Scholastic).

But other then some broad words as such, there is a surprising lack of more complex, detailed dialogue about what it means to be an American. And I generally believe people overall aren’t much into the details cause they believe that you can just FEEL what it means to be an American, and such a feeling about such a topic just can’t be put into words. I find myself generally agreeing with that opinion. I, by all means, fall into almost every typical category you can think of when it comes to being an American. Yet I’d be lying to you and myself if I were to say there weren’t times where I didn’t feel all that patriotic, or part of, “the team”. So I do think that, if not a definition that is clear and works in every scenario, that there is at the very least a good messy definition of what it means to be an American, think less like law, and more rule of thumbs. I propose that being an American means you have to be on board and loyal to America.

Should illegal immigrants count? Even if they are just trying to find a better life? Maybe, maybe not. I’d say the argument can go both ways, on the one hand, they are coming here to better their life, and possibly America’s in the process. But on the other hand, they probably do know that, even if just a little, they’re probably harming America and draining the resources for the betterment of themselves.

But regardless on how to feel on the subject of immigration, I think it’s safe to say that a lot of the questions of what it means to be an American, or at least each American’s values, can be found there. I’m not here to say whether immigration is good or bad or not. That’s up to you as a reader, however, I ask you, however, as a rational and thinking person, to ask yourself if the values you think America should strive for are matching up with how you think such topics in the world should be handled.

So what are the American Values? It’s a question some of you skipped to the bottom of my essay to find out without reading any thing else. Nice. Well I believe the American Values are really only 1 value. Democracy. Sure, we’re not the only country with it, we’re not the first to do it. But I believe that, while certainly not the only value we as a country have, it is the bass of which all of our other values branch off of. And this idea of the people with the power is both the biggest strength and biggest weakness we will face as a country. That if the country flourishes, it will be because of the people. But if the country goes down the drain, it’s because we failed the country. As I believe Former President Bill Clinton was alluding to, “There is nothing wrong with America that cannot be cured by what is right with America.” (Daily Signal). We as a country’s biggest American belief, has to be the belief that the very people in this country, will work together to create a better country. And whether or not we can do that, is what will determine if we can make it as a country.