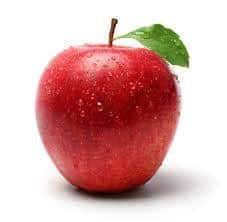 My name is Javier Valdes,  my topic for the senior project is “How has poverty allowed fast food companies taking advantage of the poor”.   Following my research,  I discovered that,  fast food companies are purposely exploiting the poor by providing cheaper alternatives than that of healthy foods.  As a result of this people are being exposed to poor nutrition and poor diets regarding the food they are eating.  The fast food companies are forcing their bad food onto the consumer as it’s cheaper and appeals to the poor people and communities.  This is keeping the poor people down and providing the companies with all the power.  The poorer communities mainly being affected are the poor communities where colored people mainly live.

The reason I chose this topic is because, in my community there aren’t many options for healthy food and as a result people in my community aren’t eating healthy and are being exposed to harmful foods, which my neighborhood has seemingly allowed and hasn’t allowed for healthier alternatives.

During my research project I came across a website titled forbes.com published an article titled your food is making you sick.  And it focused on poor people being exploited by companies.  By not being able to afford food healthy for them.   Gmo, fast food, and junk food are all foods that poor people can afford.  Forced into suffering health effects.

In my investigation I came across an academic source published by Berkeley.edu which focused on Fast food oppression through poor nutrition.   Fast food companies are going into poor neighborhoods and exploiting them.  As they can’t afford healthier alternatives.  Causes health effects like diabetes and heart problems common among poor black and latino based neighborhoods.

In a news article published by frac.org which focuses on the effects of how healthy food is too expensive and how the poor can’t afford it.   Food causes people to live healthy lives but, in poorer communities it’s impossible and many people can’t afford the healthy food and have to settle for unhealthy alternatives.

A Ted film discussing how Fast food industry in US takes advantage of poor by providing more and cheaper products than healthy foods.  And the problems that arise in the world from overeating and undereating.  1 billion hungry, 1 billion overweight.  In the US not much access for food that’s healthy have to settle for unhealthy food that causes effects.

Following my research, I’m left with questions and as a result I could use your guy’s help.  What yall think about my topic so far and let me know if you have any questions or are unsure on something.