Do people congregate with people who are like them?

Home 2017 September 22 Do people congregate with people who are like them? 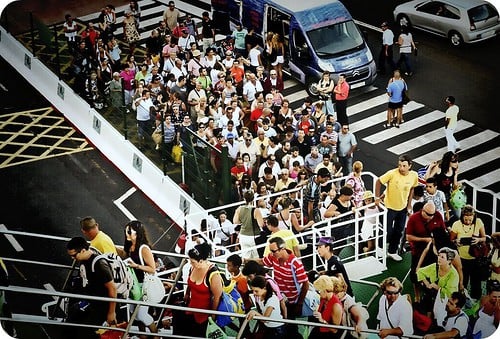 The Telegraph states that, “Earlier research revealed that the lower portion of a brain region called the “medial prefrontal cortex” (MPFC) is active when people consider themselves or people like them,” which potentially points to people choosing friends or groups is an innate human characteristic, rather than our own choice based on feelings of awkwardness. That means it’s something we are almost born with, something we are immediately drawn to do. A team from Tel Aviv University studied, “caucasian infants raised in Israel, African infants raised in Ethiopia, and Ethiopian infants raised in Israel.” were observed and, “The team found that when presented with photos on a screen, the white Israeli infants preferred looking at faces of their own race; African babies raised in Ethiopia preferred to look at African faces. But the Ethiopian-Israeli infants, who had been exposed since birth to people of both races, showed no preference.” Which again, supports the idea that where you were raised or how you were raised had nothing to do with the congregating phenomenon. Rather, it is innate in each individual’s brain to prefer people like themselves.

The Atlantic says that, “Human beings are capable of drawing amazingly subtle social distinctions and then shaping their lives around them.” There are neighborhoods, cities, and even states that are majorly one race, or one religion around the United States. This proves that it is no accident that these pockets of people exist. It is present in people from birth that they want to be with people that are most like them. It makes them feel more comfortable in themselves and while it is not required by any means, it naturally occurs everywhere.