Does poverty cause crime?

Home 2017 September 22 Does poverty cause crime? 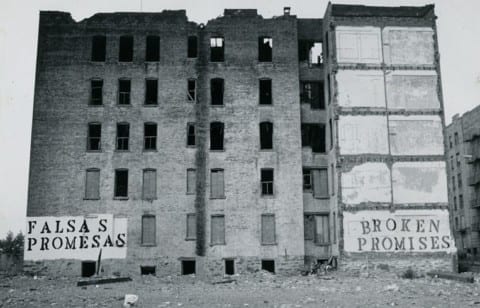 Did you know that a study in a jail in California showed that most young offenders resorted to crime as a result of poverty? My name is Javier Valdes Garcia and the topic I will be studying more in-depth for my senior project are the limitations Californians face because of poverty. Those who are affected the most in my issue are those unlucky individuals that are poor and are currently under the poverty line.

In my issue, the government holds the power because it has the ability to pass laws and policies that can either benefit or affect negatively the poor.The idea of privilege is evident in my topic because most poor people are discriminated in the workforce and in society for their economic status, plus the act of giving to the poor is a nice act of kindness but it helps remind people of the divisions within a society.

I chose this topic because I personally know a lot of people who are poor in Oakland to whom I am friends with and when I see them in the streets carrying their supplies I feel sad for them and I want to make a change in Oakland by pointing out the unfair differences that poor people face in their everyday lives’.

Throughout my researching topic, I obtained new acumen in a newspaper called Poverty pushing young people into crime I learned that young offenders are mostly poor and resort to crime as a result of inadequate resources.The Association of Chief Officers of Probation studied 1,389 young people on probation schemes.The results showed that seventy-two percent were in poverty and most of the young teens were dropouts and two-thirds were poor.This reveals how poverty and inadequate resources lead to crime.

From a film clip in youtube called What is poverty? I learned about the power of love and how it influences togetherness that can help ease poverty.The film shows that poverty is caused by separation and the act of giving to a poor person helps them but it also helps remember the divisions between the rich and the poor.To continue, many lucky people who have a good life also realize that separation and division are prominent in their communities as well whether they’re rich or poor.

I came across an academic source titled Root causes of poverty in America where a study was conducted This article gathered it’s data through a survey conducted with 1,253 adults.The data shows that most adults believed that poverty was an important issue in the U.S. About 60 percent believed poverty was a result of inequity but 40 percent believed it was due to the lack of an individual.The data also showed that more than half Americans know someone who is poor.This is important because it gives us an idea of different perspectives people have on poverty.

Thank you to those who read my post I would really appreciate it if you guys can comment and give me feedback in order so I can improve my research process as well as strengthen my señior project.  🙂

Photo By User Incantation on en.wikipedia [GFDL or CC-BY-SA-3.0], via Wikimedia Commons