Why there’s so much discrimination around the world?

Home 2017 July 20 Why there’s so much discrimination around the world? 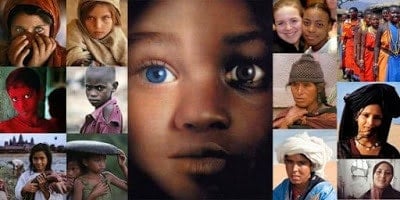 In many cases racism and discrimination are predicted by the problem of not knowing English, some of the places where the discrimination is greater are in schools, and public places without translators. Some people probably don’t Realise  the harm they cause by making fun of a person that’s in the process of learning a new language. When I first came to the United States I was 9 years old, at first  I was shy to talk , after 2 years of being in school I began to understand everything but still  it was a hard process to speak the language, I  was afraid to say something wrong so I always speak spanish, a year later I entered High School, there i began to speak english more often but even though I know my classmates for 4 years now, I’m still afraid of talking in front of the class, afraid of saying things the wrong way.

The discrimination has been increasing even more since november 8th, 2016 where one of the two candidates choose to discriminate other for support. One of the things that this candidate said was “Mexican immigrants carried “drugs, crime and rapists to the United States” which it’s unfair because not all the people are the same, he can’t blame all the country for a few people that bring drugs or ect. to  the United States. However, another racist case that has occur after the election of November 8th, 2016 “They are all predominantly Muslim nations and since Friday afternoon, when Trump signed the executive order, its citizens are barred from entering the United States. For 90 days” he has a point by doing this because the he want To protect his Nation/Country but he didn’t realise that he was separating families and that once again not all the people are the same.

Racism- prejudice, discrimination, or antagonism directed against someone of a different race based on the belief that one’s own race is superior.

Discrimination-the unjust or prejudicial treatment of different categories of people or things, especially on the grounds of race, age, or sex.