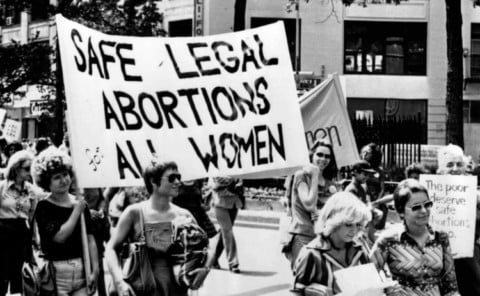 Abortion is a very controversial topic that divides many people calling themselves either pro-choice (supporting the woman) or pro-life (supporting the baby). Abortion has been a long running issue but I find that it’s very important for a woman to have complete rights to their body and that includes the choice to have an abortion.

Many women who go to get abortions pinpoint that they just aren’t ready to financially carry a child nor are they able to take care of them through their schedule. Birth would interfere with the mother’s education and career because being a mother is a whole other job of its own that require intense work. On Perspective on Sexual and Reproductive Health, when asking women 73% responded that they couldn’t afford to have a baby and 38% said giving birth would affect a women’s education and career.

When babies are born they she be wanted, many people would say why don’t you just send them to an adoption center? However, if we resort to sending every single baby that is unwanted into an adoption center then you’ll inevitably fill up the centers and resources to take care of the kids would go down along with the quality of service. The population would also increase then there would be no control on the population. Other people have argued that abortions can be very traumatizing but it’s no different from forcing women to give birth. On September 2013 a study was conducted the mental health of a woman and they’ve found that women who were denied they right to have an abortion felt more anger and stress than women who have received an abortion.

Although every life is important, we should cherish every single one as well. Yes, babies are adorable but if they’re just constantly thrown into this world unwanted by their mothers it would hurt both the baby and mother. Every single child born into this life should be desired, and every mother should be able to decide when she is finally ready to be a mom to provide the best quality of life for a baby.