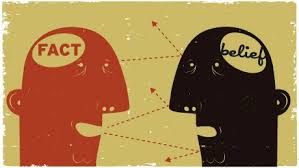 There is not one adult in this world who has not created a stereotype about someone throughout their life.

According to this article, the definition of a stereotype is “a cognitive shortcut–that is, it allows your brain to make a snap judgement based on immediately visible characteristics such as gender, race, or age” (Why Stereotypes Are Bad and What You Can Do about Them).

Before reading this article, I thought that a stereotype was a negative idea because it was judging people based on their appearances. However, I was completely wrong. I was getting stereotypes and biases completely mixed up. A bias is when you act on a stereotype and make actions based upon it. Making up a stereotype is completely harmless, while acting upon it can hurt many people’s feelings.

After clearing up this misunderstanding, I would like to bring attention to how biases can really affect society in a negative way and how we can take a step forward to prevent its effect from taking root.

Whenever we step out of our house and end up running into a person we’ve seen before, it’s natural to look at their appearance and make assumptions about how they would act or what kind of life they live. However, what is crucial to know is that you don’t know everything that the person has gone through by that one glance. Without talking to them, you don’t the hardships they’ve gone through, the challenges they’ve overcome, or in what ways they’ve grown in their life. Therefore, it is ridiculous to even make statements before actually getting know a person. Despite the fact that is foolish, it is a common mistake that happens everyday. It occurs in schools, stores, and households.

Although, many people are aware that biases are bad, most of the society isn’t aware that they are creating them. I can’t even exclude myself from that group of people! I didn’t even know the proper difference between a stereotype and bias! A point that grabbed my attention from the article is that before you can try to stop others from making biases, you have to admit to yourself you do it too. After coming to that conclusion, that’s when you can truly think about what you act and say. In conclusion, if everyone started to pay more attention to the biases they create, we can create a better world for everyone.

How This Relates to Huck Finn

In the Tales of Huckleberry Finn, there are several moments in the story where we can see the negative effects of biases taking place. One of the obvious ones is when Huck stole the Duke and dauphin’s gold and the two of them readily believed that the slaves stole it instead.

“It does beat all how neat the niggers played their hand. They let on to be sorry they was going out of this region! And I believed they was sorry, and so did you, and so did everybody.” (Twain 165)

This is a perfect example of a stereotype turning into a bias because the duke and dauphin are automatically blaming the slaves for stealing money when they have close to no evidence. We can say this is a bias because if Huck would’ve named anyone else that he saw, the Duke and Dauphin would have been more suspicious. Therefore, based on their skin color and position in society, the slaves were unfairly declared as the culprits.

Why Stereotypes Are Bad and What You Can Do about Them