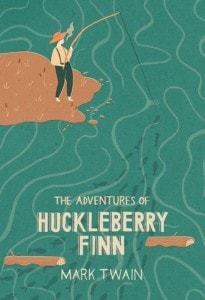 Entry 2:
Chapters 6-8
P. 37 “Well, I warn’t long making him understand I warn’t dead. I was ever o glad to see Jim. I warn’t lonesome now. I told him I warn’t afraid of him telling the people where I was. I talked along, but he only set there and looked at me; never said nothing.

While reading this particular scene, I was actually surprised by Huck’s reaction in discovering Jim. I wasn’t really sure about Huck’s views on slaves before this scene, so I was happy to see that he was actually very warm and comfortable with Jim. Normally I would think that a young white boy would first question why Jim was out there alone, but the first think Huck did was greet Jim excitedly! This just shows that Huck is definitely not like other young white boys during this time period.

I know that Jim was probably really surprised from having been discovered in the first place, but I think there were other reasons for his shocked silence. I think that Huck’s warm welcome to Jim wasn’t expected by Jim either! Jim isn’t probably used to another person being excited to see him. Especially when the person is a young white boy who has found him in the middle of nowhere! I believe that Huck’s first reaction when he saw Jim will play a big part in how much trust Jim will put in Huck in the future!