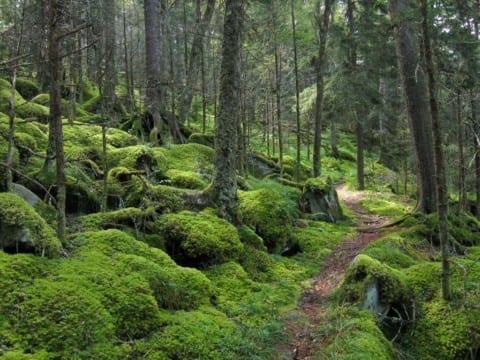 Earth has many important qualities that make up the existence of many of the living things that are on our planet. The most vital are trees and plants. Deforestation is a serious issue and it continues to grow and further damage areas that are full of inhabitants that live in places such as rainforests. The cutting down of trees is ruining the Earth and the species that live on it, and it needs to be stopped.

By absorbing carbon dioxide, rainforests help reduce the effects of climate change world wide, while also being home to half of the species on the planet. Tropical rainforests take 60 to 100 million years to evolve according to the rainforest concern article. They’re believed to be the oldest and most complex ecosystem for land on Earth. There are many rare and endangered animals that live in the forests and they need their habitat to survive. Many indigenous people have also been living in harmony with the rainforests for thousands of years, so when oil logging companies come to remove most areas of the forest, they bring diseases with them along with the destruction of their home. Often, the people have to move away because of force, usually to unfamiliar places, and sometimes casualties such as death happen in the process.

Climate also relates directly to the rainforest, because the forests are to hold over half of Earths rainwater, and the trees draw the water out and release it back into the atmosphere. Without them continuously recycling water, droughts would become more common and widespread disease and famine could happen. Trees area also needed to help clean up our atmosphere by absorbing the carbon dioxide that we exhale then provide oxygen. But when trees are burned down, they pollute the atmosphere which contributes to global warming. Deforestation is considered one of the major factors in global warming, which is why cutting down trees and burning them affect our life style and other creatures as well.

Many rainforests are being burnt down for more land room, cattle ranching, logging, oil companies, and mining. All reasons for us to make wealth and provide for businesses. But what isn’t being realized is that there isn’t much of the rainforests left as there used to be, and its steadily decreasing. In the past fifty years, the rainforests in Africa and Asia have been destroyed, and most others are being ruined at double the estimated rate.

If more people help the rainforests and are aware of the damage that is being done, it would make an enormous impact on so much that has to deal with the Earth and the things that live on it, and help make animals and people prosper. Without the rainforest, right now life cease to exist for some creatures because it’s benefits are vital. Deforestation is a serious issue that isn’t being stopped and it’s progression will continue to cause damage and soon it’ll be too late to fix the mistakes made.