Looking Past the Surface 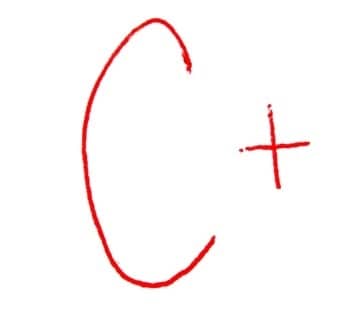 In some point in their life, every student has received a grade that they are not satisfied with. I knew that it was inevitable that the same would happen to me, but I didn’t realize that it would teach me such an important lesson that I would carry with me throughout my life.
It was March 4 of freshman year of High school. I remember the date so clearly because it was the day of my sister’s birthday and I was excited to celebrate with her after school. The week before, we had taken a math test that I felt went really well for me. I had taken the time to redo all the math homework problems and I was confident that I knew the material thoroughly. On the day of the test, I zoomed through the problems and finished with a good amount of time remaining. I left the classroom confident that I aced it!

On March 4, in fourth period my classmate whispered to me that the math grades were up. I was excited to see what I got! Hiding my phone under the table, I quickly opened the power school app and scrolled to refresh it. What I saw, made my mouth drop open in shock. A big, fat C+ was staring right up at me. My friend noticed my expression and asked what was wrong. Mind you, I knew that a C+ wasn’t that bad, but I studied a lot for this test so I wasn’t expecting to do so poorly. When I revealed what I got to my friend, she was surprised as well! The first thing she said was “You’re asian! You’re supposed to do well!” Now this friend loves to joke around so I laughed along with her, but in actuality, I took her words to heart. After second period, all I could think about were her words. I was really depressed throughout the day because I thought that I did something terribly wrong by not being the person that everyone else saw me as. I kept thinking this way until another close friend of mine pointed out that I didn’t have to fit the asian stereotype. It’s wasn’t like I signed a contract that said I had to act and behave the way others perceived I should.
The issue of stereotypes in this world is one that has been at large for a very long time and it is time for society to try more harder to change. I know we’ve been trying very hard as of late, but I just wanted to remind everybody not to give up. The saying of “Don’t judge a book by its cover” is common but also time-less. Like my friend said, there’s no contract that binds us, so what’s stopping us from being different?