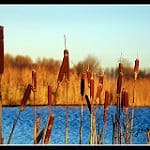 For my topic, I would like to talk about the Society and the Individual Conscience. Throughout my dialectic journals, I constantly struggled with how I felt about Huck and his views on the slaves and people. At first, I think Huck felt the same way everyone felt at first, but then later on as he really got to meet Jim, he definitely changed. Now, this is where I get very confused.

It seems that Huck thinks of Jim as a friend and a useful person to his plans of robbery and mischief, but at the same time he treats Jim’s needs secondary to his. This makes me feel like Huck thinks of Jim like a dog. Though, sometimes, like when he played a prank on Jim with the snakes, he seems to feel bad and apologetic towards Jim. In the quote “. . . for I warn’t going to let Jim find out it wasn’t all my fault. Not if I could help it.” (48), that Huck feels very bad about his actions.

Whether or not Huck is racist now, I definitely think that later one we will. The reason I say this is because that Huck is a follower. He seems that he has a very hard time thinking for himself. For example, when Tom had all of those preposterous ideas to break Jim free, Huck went along with it like it was the best thing that has ever been thought. Or, when the “Duke” and “King” decided that Huck and Jim had to worship them and treat them like royalty with special names.

This goes to show that Huck will think whatever the popular majority thinks around him. This is probably also a product of that he is a child and is still growing up. Also, the fact that he does not have a father to teach him normal values of growing up as a young man will make him much less likely to become anywhere near as independent as he will need to be to have his own opinions.

Overall, I think Huck was born a good kid, and will always be kind at the heart, though it is up to him to make the right decision in that heartless society.