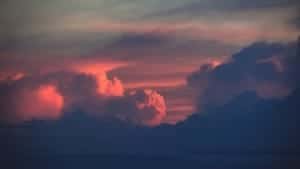 I believe that the the four corners discussion led by Abdullah, Grant, and I was a success! I think the idea of having these discussions was really ingenious because it allowed students to share their thoughts on the book and voice their opinions. Since the discussion was led in a “4 corners” arrangement, we were able to hear about ideas that differed from ours. These contradicting thoughts definitely led to more critical thinking about our own ideas as well. Some might say we’re just arguing amongst ourselves, but in actuality we’re helping each other! When another person questions your ideas, it motivates you to search for more evidence in the book and really look in depth at the author’s writing and intents.

While creating the questions for the discussion, I thought of a question that I thought would be approached similarly by most of the class. On the other hand, I was pleasantly surprised. No to call out names, but what Eric said really captured my attention. He approached the question totally differently from how I predicted, but his answer made perfect sense. While hearing him defend his answer, I started to get swayed and it made me rethink about my opinion and how I could change it to make more sense. In other words, even though Eric was disagreeing with my views, he helped me in a whole other way.

I once read an article that said when you really want to think critically about a subject, don’t get someone who agrees with you to discuss it. The article said to ask someone with totally different views in order to strengthen you own. After reading the article, I thought that it was nonsense. I believed that if you discuss a subject with someone with differing views, there would be so much arguing!” Later on, I came to realize that the article was saying all the right things. The key element needed is argument! The only way to think more extensively is to argue! In conclusion, the action that you would think would make things worse, actually improves everything!