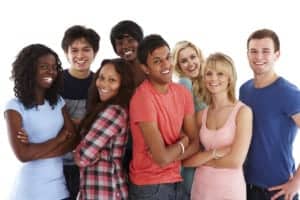 When reading Huckleberry Finn by Mark Twain, my class had many discussions about racism. As a white person, I felt out of place when expressing my opinions. I believe that, because I am white, I should not have a say in race issues and should instead support the opinions of people of color. Recently, two Youtubers gained popularity during a feud over whether or not it was okay to use a racial slur. Both sides raised good points, and neither were completely at fault. What rubbed me the wrong way about the situation, though, was the fact both people where white. Not only were these two white people arguing in the public eye about their opinion on a racial slur, but they were also receiving publicity for their argument and have become more famous in the past months because of it.

After spending a significant amount of time engaging in conversations about social justice, I’ve realized how little I knew about race issues as a white person. I grew up not only sheltered from racism, but I also accidentally did or thought racist things because society teaches white people to be racist without even realizing it. I remember whitewashing a book character in a drawing as an 11 year old, simply because the world I grew up in taught me white was the ‘norm’. The job of white people should be making changes to their behavior based on what they are told by people of color. Instead of expressing our opinions on racial slurs and representation, we should support people of color when they express their opinion on race issues. There are many things a white person can do to bring an end to racism, such as attending rallies, supporting movies and books about race, and being critical of the actions they make that could perpetuate racism. White people, because of the way our society is, have skewed views of racial equality. Our job in the fight against racism is to spread what we learn from people of color and try to better ourselves.