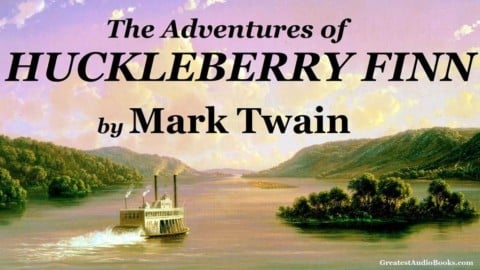 Throughout The Adventures of Huckleberry Finn, we see a recurring theme of sense of freedom and how it motivates both Jim and Huck Finn. Huck Finn is running away from the society which tries to conform him to obedience, squash his sense of adventure, and doesn’t protect him from his broken home. Jim on the other hand, is running away from the vicious oppression that entails slavery. Both of them are subject from oppression from the same group of people- white adult southerners. This shared foe causes Huck Finn and Jim to unite to try and escape from the South, reach the North, and with that would come freedom supposedly. On their little raft that floated down the Mississippi they both found their own small little piece of freedom. “Soon as it was night out we shoved; when we got her out to about the middle we let her alone, and let her float wherever the current wanted her to; then we lit the pipes, and dangled our legs in the water, and talked about all kinds of things—we was always naked, day and night, whenever the mosquitoes would let us (107).” This total disregard for societal rules such as wearing clothing shows that on the raft Huck Finn and Jim felt free to do as they pleased. Traditional notions regarding slaves and whites are slowly broken down on the raft as well as Huck Finn becomes Jim’s friend and begins to look at him as a human rather than a piece of property. Twain has Jim and Huck Finn become friends in their struggle for freedom in order to challenge stereotypes associated with slavery. By showing Jim to be a kind protective friend of Huck, we are shown that typical stereotypes regarding slaves and black people in general, are not fair. By also putting Huck, a down on his luck poor white boy in the book, Twain is able to draw sympathy towards Huck. Thus, by showing the similarities between Huck and Jim, sympathy is also drawn to Jim’s plight of rebelling against the evils of slavery. Do you think Twain making the struggle for freedom a shared plight for Huck and Jim cause more sympathy to be drawn to Jim and the struggles of black people in general during this time period?