A Person is a Person, No Matter How Small 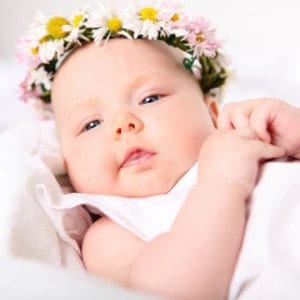 The definition of Freedom, according to Webster’s Dictionary includes “a: the absence of necessity, coercion, or constraint in choice or action.” This ideal is what America metaphorically revolves around. I would ask your readers, do they enjoy their freedom? Do they enjoy their rights? Of course they do, most everyone does. It would be inaccurate to assume that people in America do not value the freedom that they have been given. Sure, there are laws that need to be followed, but it does not discredit the value of personal freedom that comes from being an American citizen. In this mindset, I would ask, who gets this privilege to have freedom? The answer would be the people that were born in the United States and those who have gotten their citizenship to this country. It even applies to those who are so small that they cannot speak for themselves. A person is a person, no matter how small and here is why.

Life is sacred. Life is cherished and it should not be taken for granted. Why then, do abortions still exist? Is it because of Roe v. Wade? Is it because Mom doesn’t want her baby anymore and she feels like she has no choice but to get rid of it? Why does she have the right to choose whether the baby lives or dies? If we remember what was stated earlier, we recall that every person has rights. Those not born yet still have rights and here is why. According to scientific dictionaries, the term zygote is defined as a living thing because of the characteristics that it shows. It has all of the traits that living things have. They can grow, reproduce, they have metabolism, and they respond to stimuli, which is the definition of life itself. Therefore, the human zygote is a living thing and has the same rights that we share. Even though they are much smaller than we are, they are protected by the Constitution and the Bill of Rights.

Some may argue that there are some cases where abortion is necessary. What happens if the mother is in danger of dying if she continues with the pregnancy? Unfortunately, there is not an easy answer to that question. Even though I believe that abortion is unethical, there is a small window where the rule can be questioned. If the mother is in serious danger and the couple makes a decision to save her life, I think they should have that right. This is a different circumstance compared to a woman who gets pregnant and then does not want to have the child. That child, in that circumstance, has the right to live. Others may argue that women have reproductive rights and that their rights should be taken into account. I believe that this is accurate, but there is a fine line where the life of another needs to be taken into account. Every woman has rights and every child has rights and one does not supercede the other. But the choice that the woman makes to have sexual relations with a man is her own doing. If she expects to not get pregnant, then she is foolish. It is expected that a woman would get pregnant after participating in sexual relations with a man, that is how the human anatomy works. At that point, the woman should be required to have that child unless it puts her own life in danger. That child has a right to live and the bad choice of another should not dictate whether the child lives or dies.

Life begins at the moment of conception of a child and the parents of that child do not have the right to determine whether that child should live or die. In fact, that is not even a power possessed by mankind. Readers, think about this for a moment. What if your parents aborted you and missed out on the opportunity to see an amazing person? Every person has potential and everyone is different. What if a mother aborts the next Da Vinci or Mozart? The world will never know unless that child is protected because he/she has rights in this country.

The definition of abortion is “ending of pregnancy by removing a fetus or embryo before it can survive outside the uterus.” Outside this particular definition, I would define abortion as murder or execution. It seems harsh, but that is reality. The act of abortion is the act of killing another person who cannot defend themselves and the last time I checked, one can go to prison for that.

Dear voters of America. I urge you to not take this lightly. To brush this off like all of the other issues that need to be solved within our borders. Instead, think about what you would feel like if someone decided that you did not have any rights and you should not live anymore. I would ask your readers, Would you want to speak for yourself, to defend yourself? I bet you would. All of those babies would too, I imagine. I urge you to ponder this subject and think about how you would feel if you were in the place of these babies. These babies need someone to speak for them and to fight for their freedom. We are the ones that can make this happen and save them from a fate that they did not choose. If there is a bill about abortion, vote to end it and to save the lives of millions of kids in the United States of America. Do it for the children.