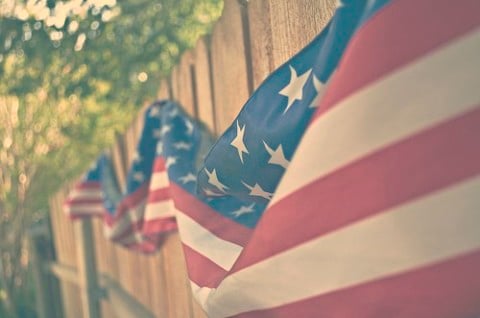 In 2016, Colin Kaepernick, a American Football quarterback while playing for the San Francisco 49ers sparked a heated debate regarding what forms of protest should be deemed acceptable in our society. To draw the attention to the issue of police brutality prevalent among the black community, Kaepernick began to take a knee during the national anthem. I strongly believe in the democratic right to protest, but I think the way Kaepernick went about his protest was both disrespectful as well as a poorly directed.

I believe the stars and stripes and the Star Spangled Banner, created in our infant years as a nation, represent the ideal society in which we all strive to achieve. This dream for a better society has led to hundreds of thousands of American men and women laying down their lives in the defense of the flag which represents the hope for a better tomorrow. To refuse to stand during the anthem and refusal to respect the flag does not make a statement towards Capitol Hill and all the elitist politicians and lawmakers, but rather disrespects all the average American Joes who laid down their life in the defense of a nation that promises, although not always delivers, equality and liberty for all. Retired Navy Seal Bill McRaven weighs in on the protests towards the flag and anthem by saying, “while no one should be compelled to stand, they should recognize that by sitting in protest to the flag they are disrespecting everyone who sacrificed to make this country what it is today — as imperfect as it might be”. He reflects the same sentiment that the disrespecting of the flag is an attack on veterans past and present, rather than an attack on our government which actually has the power to perpetuate change.