Who Was At Fault for War? 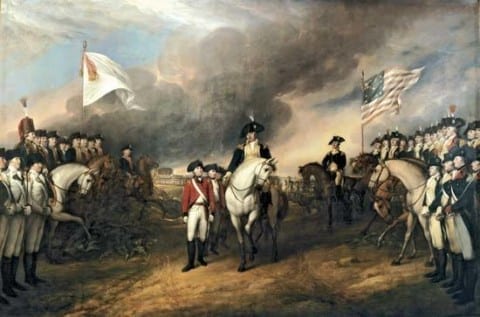 The British taxed the colonists on everyday objects which caused the life of colonists to be harsh showing that the British were responsible for war. The Stamp Act was one way that the British did this. The Stamp Act of 1765 was the first tax levied on the American colonists directly by the British government. It put a tax on all paper documents that were bought. This infuriated colonists and people such as Patrick Henry who said it was “a threat to liberty,” were not taken seriously. There was also the Townshend Act. Charles Townshend was a government official who made colonists angry by sponsoring taxes the British Parliament had passed. In 1767, parliament had passed an act called the Townshend Act. It imposed taxes on things such as glass, paints, paper, and tea. This shows that the British didn’t believe that taxing the colonists was wrong. They believed that it was just a way to remain in power over the colonies. This is why they had called it “treason” when Patrick Henry disagreed with their idea of the Stamp Act being passed by parliament. They found it rude and it was considered it as an attack against the king because it was a disagreement with his ideas. It demonstrates why Britain is at fault for the American Revolution. They had enraged the colonists with several taxes which the colonists found unnecessary. It shows that Britain relied on the colonists when they needed help rather than taking care of their debt themselves.

Britain had also taken away many of the colonists’ rights and given them many laws to follow. For example, the Mercantile System was one way that the British took rights away from the colonies. The Mercantile System was a way for Britain to make money. The British didn’t allow colonists to manufacture their own finished products. The colonies had to produce raw materials and then send them to Britain. After Britain manufactured the goods, the colonists had to buy back the products from Britain in order to sell them in the colonies. Additionally, Britain had used the Boston Port Act as another way to make money. The Boston Port Act was a law that closed the Boston Harbor which prevented colonists from doing many things such as importing and exporting goods. The law had taken away jobs from many colonists who worked at the Boston Harbor. This angered colonists because it left people with not much money to spend. This shows that Britain didn’t realize that closing the Boston Harbor would affect so many colonists’ lives. This illustrates why the British are the cause of the American Revolution. They had caused several events which infuriated the colonists making life harder for them without even realizing it. They only cared to stay in power and didn’t find it important as a mother country to have agreement from the colonies to pass certain laws.