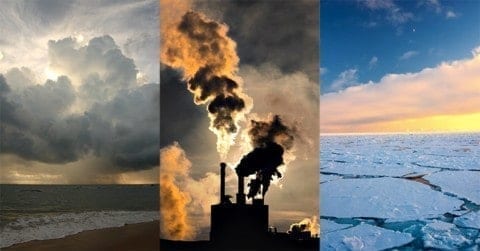 When I first heard that we were writing about issues we care about, I knew I wanted to write about climate change. Recently, I have been discussing climate change with my family and those around me. I feel passionate about it and will strongly argue that there needs to be change in the world to prevent further environmental issues.

The burning of fossil fuels releases CO2  gas, which is a greenhouse gas, that raises the overall temperature of the atmosphere. According to the Fifth Assessment Report, “the average global temperature increased by 0.85 °C” in the past 130 years and that “it is likely that the end of this century [we] will see a 1–2° C increase in global mean temperature above the 1990 level” because of the world’s consumption of fossil fuels (“Climate Change”). Based off of the many statistics available about global warming, it is clear to see that climate change is a significant problem in our world.

Climate Change by Xochitl is licensed under a Creative Commons Attribution-ShareAlike 4.0 International License.

Leave a reply to Carmen Click here to cancel the reply